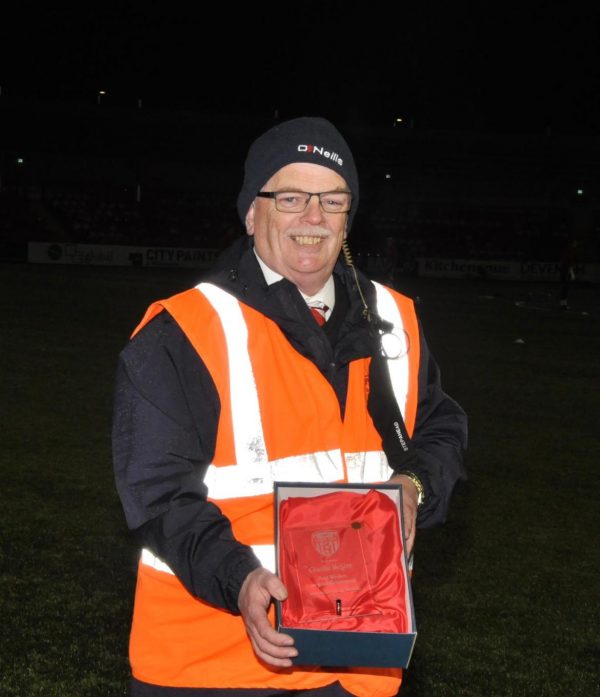 End of an era, end of a season as City’s chief steward ‘Charlie’ McGirr bows out

And for one individual involved with the club, it marks the end of 25 years involvement with the Candytstripes.

Derry City say: “Patrick “Charlie” McGirr has been involved with the club in a number of roles over the last three decades, serving on many committees and even with a spell on the board as a director.

“However, for most of the last fifteen years, Charlie has been the Chief Steward at the club and part of the Match Day Team.

“His face will be well known to both home and away fans.

“Like many volunteers around the club, Charlie is first and foremost a fan, who decided to get involved and found himself asked to step in a number of roles.

“Over the times he has experienced the highs and lows, from European night and high pressure games, to dealing with the loss of personal friends and the passing of players in recent years.

“A proud Strabane man, Charlie never let it be foregotten that he was a Tyrone man, but was more than an honorary Derry man for the amount of time spent on the Lone Moor Road

“When he decide that this season would be his last, none of us knew the year that was ahead and that it would be a very different season.

“His period as Chief Steward has seen high profile games in Europe and the Setanta Cup, with challenging nights for the Match Day event team. 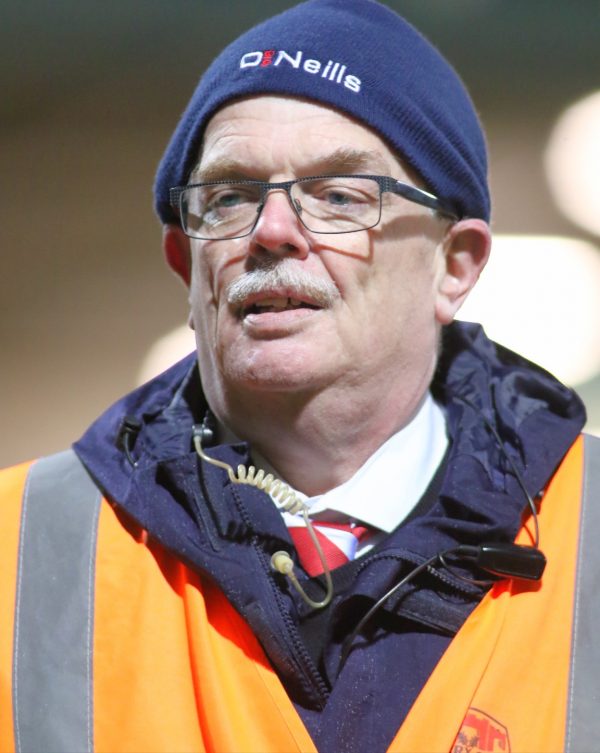 “However, the influx of messages from opposition players, supporters and even the odd referee shows the esteem that the stewarding team are held in at the Brandywell.

“Charlie will of course now be free to return to games as a supporter.

“All at Derry City would like to thank Charlie for his long running involvement with the club and look forward to welcoming him back as a fan!”