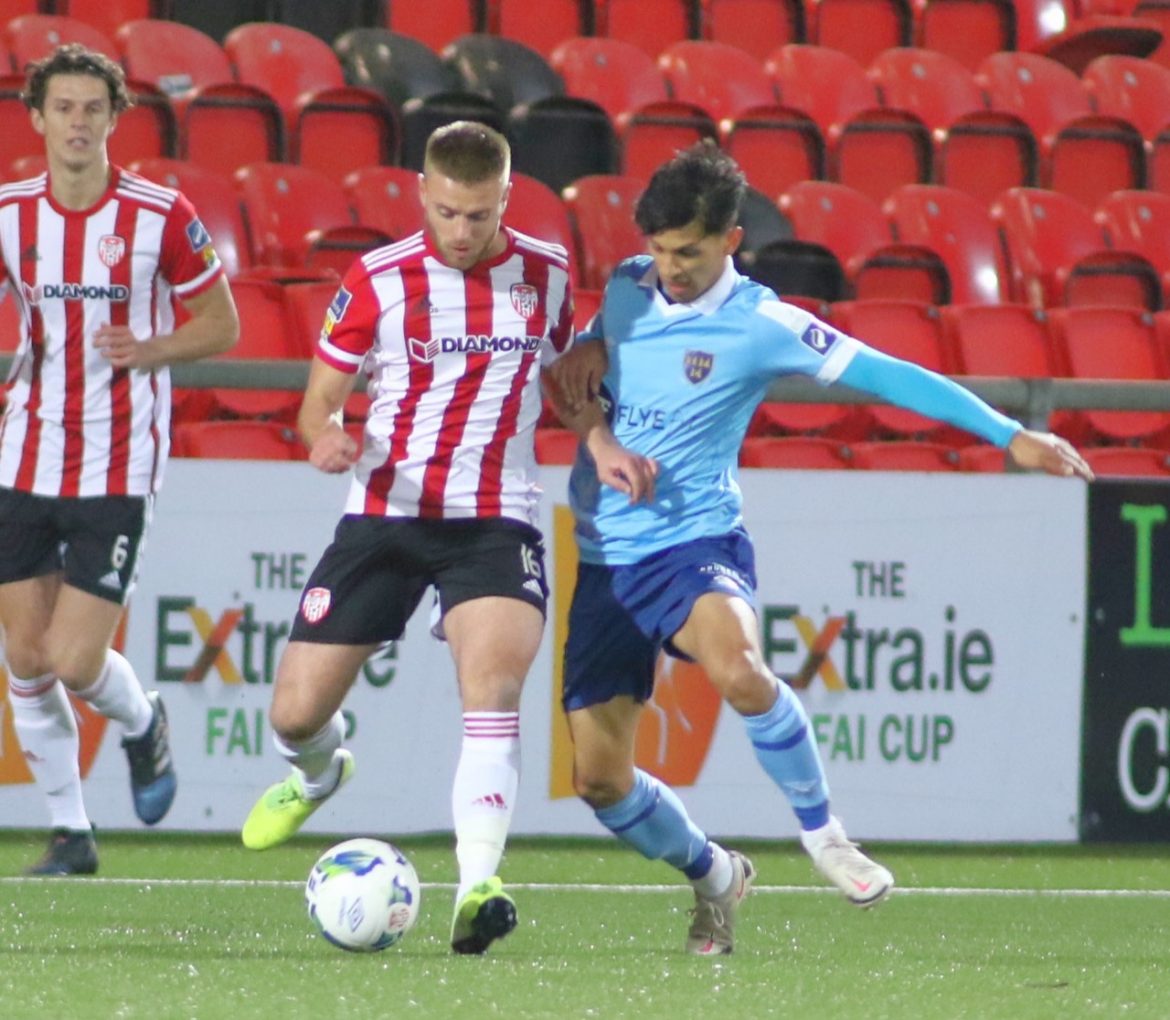 SSE Airtricity League: Dominant Derry back to winning ways as they defeat Shels 2-0 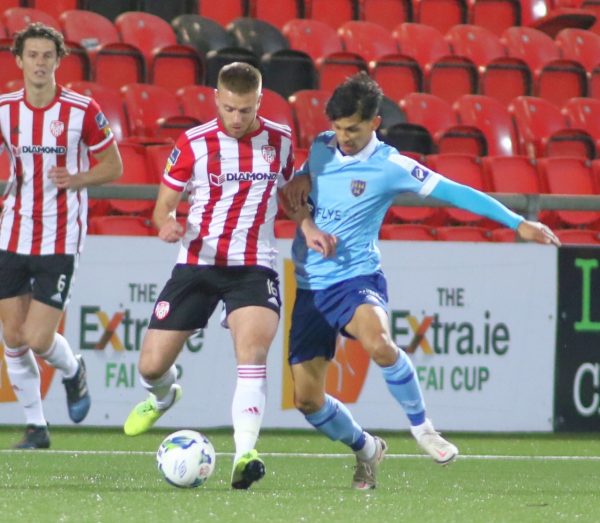 Candystripes in 2-0 win over Shelbourne. Pix by Northwest Newspix

DERRY City moved into fifth spot in the Airtricity Premier Division as they finished off their home campaign with a well deserved and dominant victory over Shelbourne FC (kick off 7.45 pm).

Shels have the same number of points (19) but remain eighth, eight ahead of Finn Harps but having played three games more.

Adam Hammill struck the woodwork in either half with two spectacular shots but Walter Figueira sealed the win when he pounced to deservedly double City’s advantage on 62 minutes.

The home side were in control from the outset and straight from the kick-off City winger Hammill latched onto a long punt up the pitch, cutting inside before curling his 30-yard-strike off the top of the crossbar.

It was an early let-off for the Dubliners and Derry defender Cameron McJannett had another chance from Hammill’s inswinging corner on six minutes but he steered his first time shot wide from eight yards.

Shels were camped in their own half and when McCormack found Figueira with his back to goal the Londonder chested into the path of Thomson, who blasted his shot wide.

Derry finally broke Shels’ resolve on 20 minutes as Thomson latched onto a deflected pass from Jack Malone, held off the challenge of O’Reilly and from close range guided the ball into the far corner past Jack Brady.

The home side were in total control of proceedings and went into the break with a thoroughly deserved advantage.

City substitute Stephen Mallon somehow missed from point-blank range after a superb cross from Malone as the Belfast man put his effort the wrong side of the post under pressure from a defender on the hour mark. 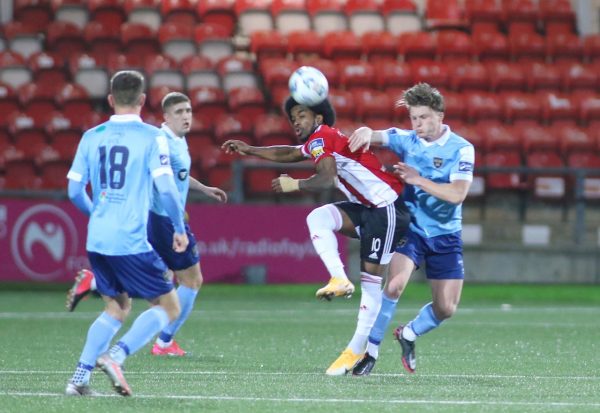 The home side doubled their lead on 62 minutes after some lovely work down the right wing involving McCormack and Hammill.

Former Barnsley ace Hammill crossed towards the near post and O’Reilly touched it onto his own post with Figueira reacting quickest to the rebound as he slotted home from two yards for his fourth goal of the season.

Peter Cherrie, making his 50th league appearance for Derry, was called into action for the first time on 83 minutes when he turned Jaze Kabia’s shot behind at the near post.

Hammill did brilliantly to win the ball back deep inside the Shelbourne half and he exchanged passes with Figueira before crashing his shot off the post with two minutes to go.