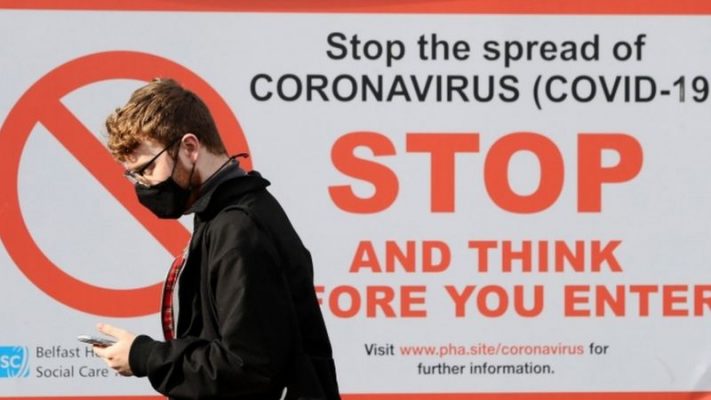 Evidence used to inform Stormont’s decisions around the pandemic is “flimsy” and “shocking,” the head of a chamber of commerce has said.

The evidence was published by the Department of Health on Tuesday.

Redmond McFadden, chair of Derry’s Chamber of Commerce, said it made “sobering reading” while Colin Neill, chief executive of Hospitality Ulster, said he wanted to know how much of the evidence was based on fact and how much was based on “anecdotal evidence”.

The Belfast Chamber of Commerce chief executive Simon Hamilton said much of the evidence appeared to be “anecdotal” and posed “massive questions” for the executive.

He added that the evidence “raises many more questions”.

The evidence includes the executive’s paper on “non-pharmaceutical options” for reducing the risk of Covid-19 as well as papers from the government’s Scientific Advisory Group for Emergencies, slides presented at Stormont press conferences and the weekly reports on the reproduction (R) number.

R is the number of people that one infected person will pass on a virus to, on average, and the aim is to reduce R to below 1.

The executive’s paper looks at the possible effectiveness of various restrictions on travel, personal contacts, education and church openings.

It also outlines the reasons for the four-week lockdown currently in place in the North of Ireland.

This has seen the closure of hospitality businesses, with pubs and restaurants limited to takeaway only.

According to the paper, hospitality closures could have a moderate impact on transmission of the virus, with a potential reduction in the reproduction (R) number of between 0.1 and 0.2.

The paper also said the closure of close-contact businesses like hairdressers and beauticians will have a low impact on transmission with a potential reduction of the R number of 0.05.

It recognises that these closures would have a high impact on staff due to a loss of income, with the paper noting that the closure of close-contact services is “likely to disproportionately affect the poorest (and women) given employment in personal services”.

The paper, however, said that there was some evidence of transmission among hairdressers in the UK and cites a report produced by the Centre for Disease Control, the United States’ health protection agency, which suggests those who test positive are twice as likely to have eaten in a restaurant.

Derry Chamber of Commerce president Redmond McFadden welcomed the publication of the evidence, but said it made for “sobering reading”.

He called on Stormont to explain the rationale for closing down hairdressers and beauty salons when the evidence showed a moderate to low impact on the spread.

“A lot of people who were hairdressers rent their chair, so they don’t qualify for the support mechanisms that have been put in place. 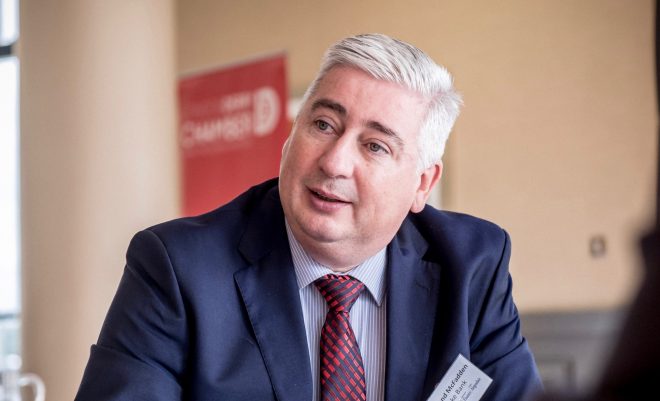 “So, we are really having a huge impact on those businesses, without gaining much as far as an attack of the disease is concerned, that’s probably my biggest concern at this point in time.”

He said the executive should focus on compliance and “the simple rules of wearing a mask, washing your hands, socially distancing, restricting your social contacts”.

Simon Hamilton said that the evidence was “indeed shocking” and “raises many more questions”.

“Most bizarrely, it refers to anecdotal reports of outbreaks linked to bars.

“If we’re going to close down the hospitality industry in Northern Ireland which sustains 65,000 jobs; accounts for two thirds of tourism spend and buys about a third of our agri-food produce, we need a lot more than anecdotal reports.

“This really is flimsy evidence,” he said.

Mr Hamilton, a former DUP assembly member who served as minister for finance, health and the economy, also questioned the decision to shut close-contact retail such as barbers, hairdressers and beauticians “on the basis of an estimated reduction in the R number of 0.05”.

Mr Hamilton said the “most worrying” aspect of the paper is that Stormont ministers knew close-contact closures “would have a disproportionate impact or effect on the poor and women”.

“They already know that the virus is hitting the poorest postcodes in Northern Ireland harder, yet they went ahead anyway without sufficient financial support in place – that’s just cruel.”

Colin Neill, the chief executive of Hospitality Ulster, said there appeared to be only “medium confidence” that closing the hospitality sector would reduce R by between 0.1 to 0.2, while the paper acknowledged there would be “high impacts” on jobs and livelihoods.

“We have to get a balance,” Mr Neill said.

“I’m not going to war with the health minister,” Mr Neill said, but he added that he now wants to sit down with Robin Swann and and “drill into what’s the formula behind 0.1 and 0.2”.