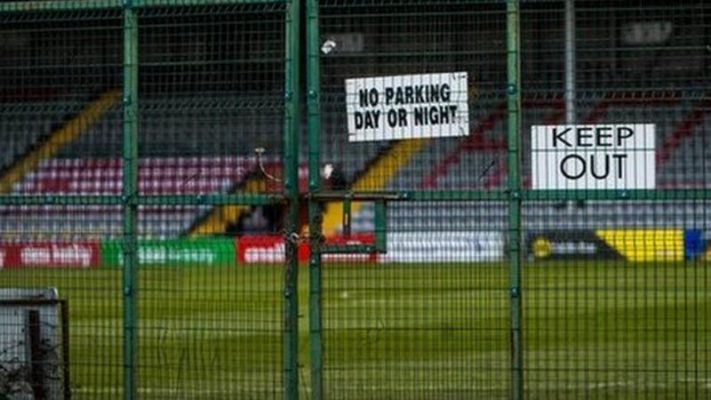 ULSTER GAA chief executive Brian McAvoy says a link between clusters of Coronavirus cases and clubs that played in county finals has been established.

Speaking to BBC Sportsound Extra Time McAvoy said the evidence, which emerged within the last week, was instrumental in the GAA’s decision to indefinitely suspend club matches.

Both the Tyrone and Derry senior football finals are currently under police investigation for potential breaches of COVID-19 regulations.

The games drew criticism for the apparent lack of social distancing among spectators.

“We are finding clusters of members of GAA clubs are testing positive, and invariably they are linked to teams that were playing in a county final of some sort,” said McAvoy.

“This has only become an issue in recent times, and it seems to coincide with county finals and a local community celebrating.

“Because that hasn’t happened throughout our games from July, it probably relates to activities that happened after the match.

“It tends to relate to possibly some sort of celebration at indoor venues.”

The Derry county final between Slaughtneil and Magherafelt was moved out of Celtic Park to Bellaghy in the Mid-Ulster Council area, after stricter COVID-19 restrictions were introduced in the Derry and Strabane Council area.

That decision was taken by Derry GAA in order to take divert spectators away from an area currently experiencing high numbers of COVID-19 cases. 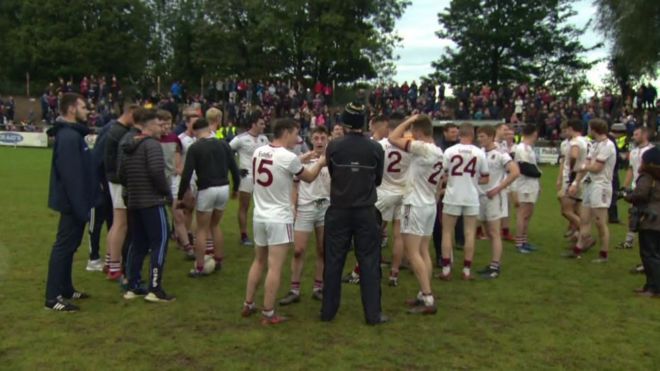 The GAA’s decision to suspend club matches across Ireland on Monday came after what the organisation cited as concerns over post-match celebrations and lack of social distancing.

“Unfortunately in some cases, and I have would to say a very small minority but still even that minority is too many, we have unfortunately seen people’s hearts ruling their heads,” said McAvoy.

“We’ve had to act. We are a community organisation, we have wider responsibilities beyond the playing of our game.

“We just felt that the recent events were not portraying us in a positive light and it was unfortunately necessary to halt club activities.”

With club competitions reaching their climax, focus is set to shift towards inter-county competition from October 17 when counties will complete their outstanding league fixtures before a condensed All-Ireland Championship begins on October 31.

The GAA is working on a rapid testing system for inter-county players as part of plans to ensure the competitions can progress despite the setbacks to the club game.

“I think you’re looking at a different situation with inter-county,” McAvoy said.

“You have central responsibility be it at national level or provincial level for the organisation of those competitions and you’re dealing with the elite player in each of those.

“It’s a very different dynamic to the club situation.

“We would be hopeful that those competitions will be able to continue, albeit within not only GAA protocols but public health protocols.”