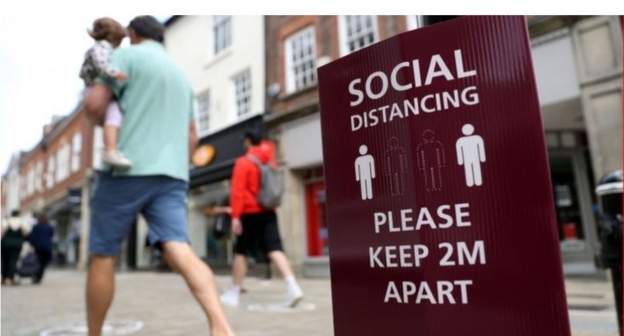 Coronavirus: Derry-style restrictions planned for other parts of the North

FURTHER restrictions are coming in the North of Ireland and the executive will discuss the timing when it meets on Thursday, the deputy first minister has said.

Michelle O’Neill said ministers face tough decisions over COVID-19 and “all options” are on the table.

Along with First Minister Arlene Foster, she has written an open letter urging people in the north west to stick to tougher Corornavirus rules.

On Tuesday, one further death was recorded by the Department of Health.

According to the department’s statistics, 585 people in the North of Ireland have now died with the virus.

It also recorded a further 669 cases of Covid-19 since Monday – 72 of those were in the Derry City and Strabane District Council area.

“But unfortunately it appears they are going to be necessary and as for the timing that again will be discussed on Thursday and we’ll hopefully be able to say a lot more after that.”

A circuit breaker is a short period of tightened restrictions to curb the spread of Covid-19.

Ms O’Neill added that the situation in Newry, Mourne and Down was worrying and said the executive would have to consider whether it was appropriate to move to the same situation as Derry and Strabane, but that had yet to be called.

In their letter, the North of Ireland’s first and deputy first ministers said they were worried about the high levels of infection in the Derry and Strabane council area.

The new restrictions, imposed on Monday, “will be tough for many of you but they are necessary”, they said. 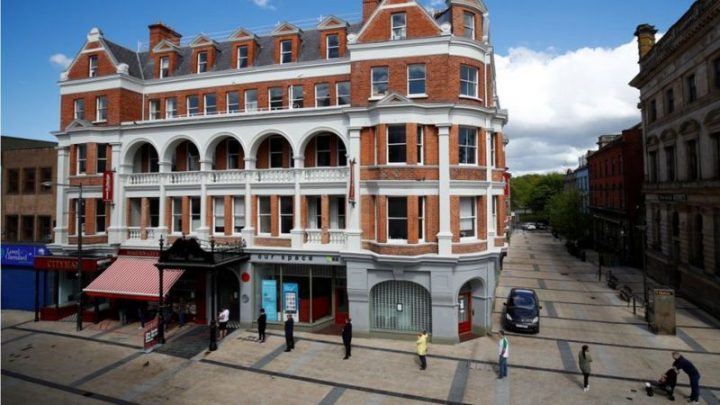 The new measures introduced in the area include pubs, cafes, restaurants and hotels being limited to opening for takeaway, delivery and outdoor dining.

All museums, galleries and cultural attractions are closed and people are being asked to avoid unnecessary travel.

In their letter, the leaders also said: “We are already seeing hospital admissions increasing rapidly and we must do everything we can to get on top of the situation.

“We are asking you to work with us to save lives.”

They repeated the need for people to limit social contacts, wash hands well and often, keep a safe distance, wear a face covering and download the StopCovid NI app.

The chief medical officer has said people need to “work diligently” to make sure Christmas can be a safe period, but that it is fair to say “it will be very different”.

Dr Michael McBride said while he could not predict what would happen, the Christmas season very much depends on the actions taken in the next few weeks.

The Chief Scientific Adviser Professor Ian Young said Christmas was a good example of a time when the benefits of allowing societal interaction were clear, and that it would be his wish to be able to allow as normal a Christmas that could be achieved in the context of a global pandemic.

Professor Young said it was critical that the measures already taken are seen to slow the rate of increase in the numbers of cases of the virus in the next week.