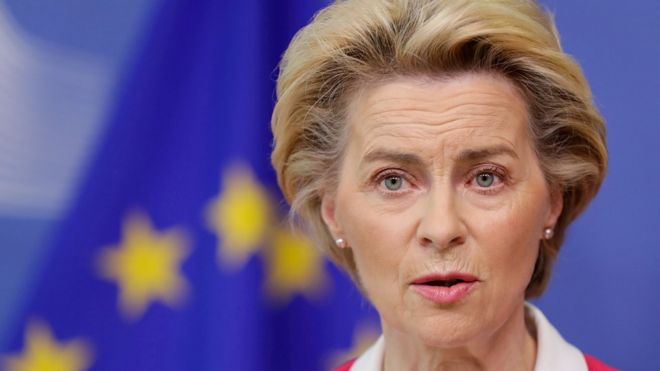 THE EU has started legal proceedings against the UK over its plans to override sections of the Brexit divorce deal it signed in January.

It comes after an EU request for the government to remove controversial sections of the Internal Market Bill passed on Wednesday, September 30

The “letter of formal notice” could lead to a court case against the government at the EU’s top court.

It comes as trade talks between the two continue in Brussels.

European Commission President Ursula von der Leyen said the UK would have a month to respond to the EU’s concerns over the draft legislation.

She added: “The draft bill is by its very nature a breach of the obligation of good faith laid in the Withdrawal Agreement.

“Moreover if adopted as is it will be in full contradiction to the protocol of Ireland/Northern Ireland.

“The deadline lapsed yesterday.The problematic provisions have not been remove.

“This is the first step in an infringement process.

“The letter invites the UK Government to send its observations within a month and besides this the Commission will continue to work hard towards a full and timeley implementation of the Withdrawal Agreement.

“We stand by our commitments,” added the EU Commissioner.