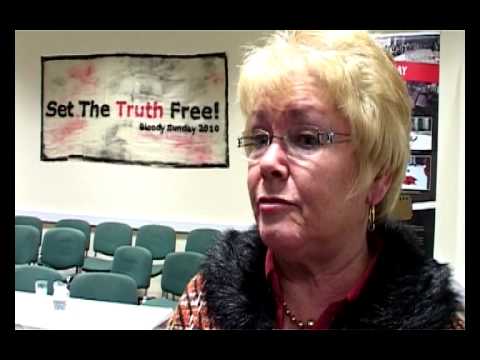 FAMILIES of the 14 Bloody Sunday victims say they been left “disappointed” by a decision from the Public Prosecution Service (PPS) not prosecute any more British soldiers over the murders.

Lawyers for the families now plan to take a judicial review of the decision to the High Court in Belfast.

A total of 14 unarmed civilians were shot dead by British soldiers over the 1972 shootings in Derry.

The PPS said a review had been carried into the file which had been undertaken by its senior assistant director, Marianne O’Kane, who was not previously involved in the cases.

She looked at the deaths of 10 victims who died on Bloody Sunday, as well as 10 others wounded.

“I have concluded that the available evidence is insufficient to provide a reasonable prospect of conviction of any of the 15 soldiers who were the subjects of the reviews,” she said.

“Accordingly, the decisions not to prosecute these 15 individuals all stand.”

Kate Nash, whose brother William was among those killed, said she would not give up.

“I’m deeply disappointed that after a further review the correct decision’s still not been reached,” she said.

“I intend to carry on what I’ve been doing.”

Her solicitor Darragh Mackin said they would now be seeking a judicial review of the decision.

“The issue of joint enterprise and conspiracy remains entirely up in the air and a decision has allowed to be taken premised on the actions of individuals and soldiers falling between the gaps of the grey area as to who actually fired the fatal shot,” he said.

“As we all know in the issue of joint enterprise, where two or more individuals act collectively in a specific act, the charge can be brought.”

John Kelly, whose brother Michael was killed on Bloody Sunday, said he was also “disappointed but not surprised by the decision”.

“We are not finished,” he said.

“Even though we have another knockback, and we have had many over the years, we will continue on to achieve truth and justice.

“Michael was 17, Michael cannot speak for himself. I will do it for him,” added Mr Kelly.