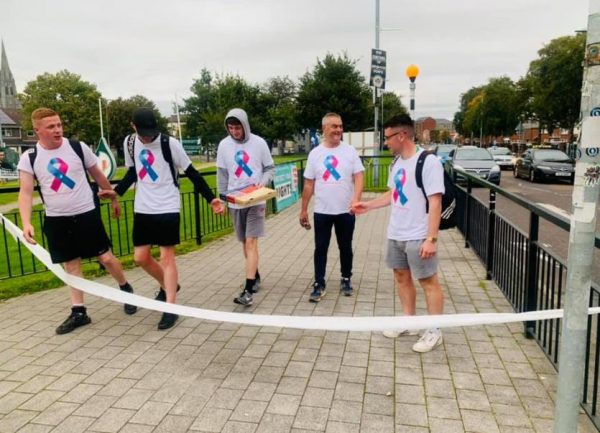 A group of campaigners have walked from Belfast to Derry to raise money for a suicide awareness organisation.

Their efforts have raised more than £3,000 to ate for a suicide awareness organisation in Belfast.

The walk was organised by Déaghlán MacMaolain, a young man from West Belfast, in memory of friends and family he has lost to suicide.

Sinn Féin Foyle MLA Martina Anderson, who was among those who welcomed the group in the Bogside, paid tribute to their achievement.

“Déaghlán MacMaolain was the driving force behind this initiative to help a group doing good work, so well done to Déaghlán and his friends for doing this. 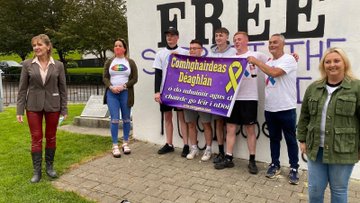 “Behind all the statistics are real people, and families who are hurting and lives left shattered by suicide.

“We need to listen to our young to know what’s going on and at the same time providing them with as much help as we can.

“There is always help available and I could encourage anyone who is in difficulty to reach out.”

Campaigners walk from Belfast to Derry to raise money for suicide awareness was last modified: September 28th, 2020 by John