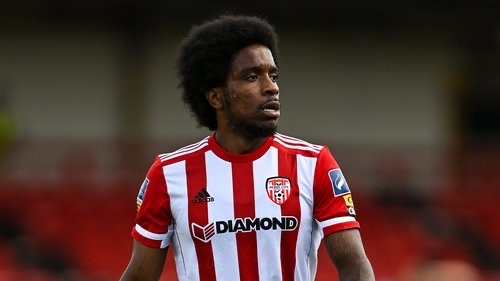 SSE Airtricty League : Derry go in search of a much needed win against Bohs

IT’S a busy time for Derry City with three games in the next seven days and a win tonight against Bohemiams at Dalymount Park would do team morale the world of good (kick off 7.45 pm).

The Candystripes lie in sixth place in the league with 13 points from 11 games – three wins, four draws and four defeats.

Bohs sit in second place on 24 points but have played one more game than their Derry visitors.

Derry arrive at Phibsboro off the back of two scoreless draws, against St Patrick’s Athletic and Finn Harps.

They go to Sligo Rovers on Tuesday and then welcome Waterford to the Ryan McBride Brandywell Stadium next Friday, October 2.

It’s a key seven days for their hopes of breaking into the top four.

City manager Declan Devine insisted he wasn’t disappointed about the game against the ‘Bit o’ red’ being brought forward to next week, adding however that his side would only be focusing on one at a time.

“I’d much rather get games in when we can as opposed to facing a backlog, but we’re not even thinking about that at the minute,” he stated.

“We have a difficult game at a difficult venue before that and we’ve channelled all our energy and focus into that for now.

“A lot has been made of our recent run and while I have said many times in the past few weeks that we need to work on our creativity, we have only lost once in our last six league matches.

“We’ve had too many draws – we know that – and we’ve talked again of the need to play on the front foot.

“Bohs have been excellent this season, but we have to be positive.

“I want us to try to win the game and this will be a good benchmark for us as to where we’re at,” added Devine.

Bohs will be looking for a win over Derry hoping to close an eight-point gap on SSE Airtricity League Premier Division leaders Shamrock Rovers.

The Gypsies claimed a late win against Sligo Rovers last Friday night, a result which keeps them in the hunt, albeit they need a few teams to do them some favours by taking points off the Hoops from their six remaining games.

Said Bohs manager Keith Long: “Derry are unbeaten in their last five games and have added to their squad since they beat us in March.

“Games between the teams have been very close over the last couple of seasons.

“With six league games remaining, it’s vital we try to continue to pick up points and build on a positive result in Sligo last week.”

Bohs: The suspended Kris Twardek is unavailable for the hosts.