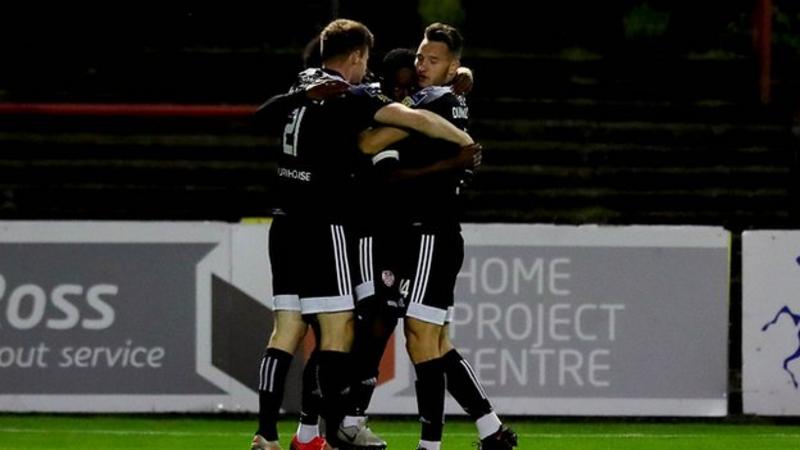 James Akintunde netted his third goal of the season

It denied the Candystripes their first League of Ireland victory since August 21 in a 2-1 defeat at Dalymount Park (kick off 7.45 pm).

However, Keith Ward won a penalty in the 94th minute, which the Bohs midfielder converted.

Derry, who have only won once in their six post-lockdown fixtures, remain in sixth position after the draw while Bohemians stay in second, reducing the gap to Shamrock Rovers to five points.

After failing to score in their last two league games, Derry broke the deadlock in their first attack when forward Akintunde lifted the ball over the advancing James Talbot after being played through by Walter Figueira.

Peter Cherrie was forced into action after Candystripes midfielder Jake Dunwoody was caught on the ball in his own half, before Dawson Devoy’s audacious chip drifted wide and almost caught out the Derry stopper from the edge of the area.

Chances remained few and far between after the interval, with the hosts surviving a goalmouth scramble before Adam Hammill fired an effort wide for Derry.

Ward clipped the outside of the post with a free-kick as Bohs searched for a later equaliser, however there was late drama when the 29-year-old tumbled into the penalty area in the 94th minute, much to the protests of the Derry players.

The spot kick was converted by Ward and the Dublin outfit won the game in the dying seconds when Wright got the final touch after a scramble from Anto Breslin’s free-kick.