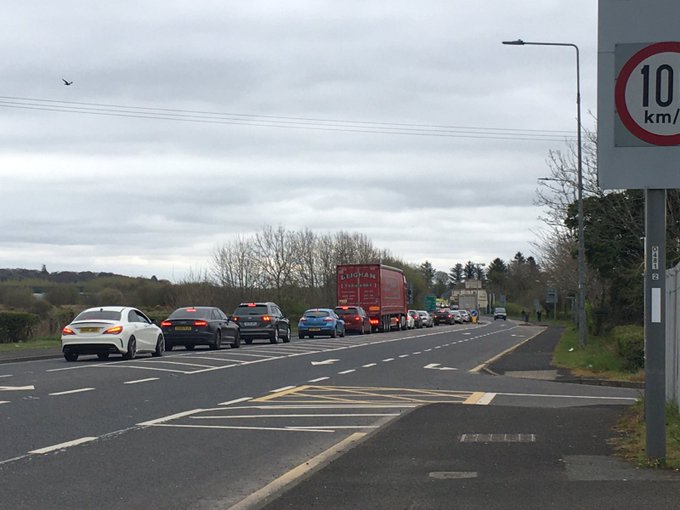 THE Garda in charge of Major Emergency Planning in Co Donegal has appealed to people from across the border to use their ‘civic and moral conscience’ if considering coming to Donegal.

Inspector David Durkin said Gardai could not stop people from coming into the county from neighbouring Derry and Tyrone.

He said he did not see a situation whereby Gardai will set up checkpoints along the border such as happened during the start of the national lockdown in March.

However, the Letterkenny based Garda Inspector said he will meet with fellow officers today (Fri) to discuss the tasks facing Gardai in Donegal in the coming days and weeks.

He said: “We will meet on Friday to discuss the situation and to see exactly how we will react.

“We will be saying to people not to travel unless it is absolutely necessary and you have to.

“We would also be appealing to people across the border to use their moral and civic conscience if considering traveling to Donegal and again not to travel unless absolutely necessary.”

One of the most challenging aspects of the lockdown in Donegal will be its daily interactions with many thousands of people working and going to school between both areas.

Inspector Durkin added that he anticipated most of the restrictions will mirror those introduced in Kildare and Dublin recently.

However, he said that overall people must take responsibility for themselves.

“It is a personal responsibility and the only person that can have an impact on stopping the spread of Covid is people themselves. It is as simple as that,” he added.

His sentiments were echoed by Councillor Gerry McGonagle who pleaded with all sections of society in Donegal to come together to come back out of Phase 3.

He refused to blame any specific section of the public.

“I don’t think it benefits anyone by pointing the finger at anyone. We are al in this together and we need to come out of it together.

“We have a bumper two months in Donegal but now that the tourists have gone I think we have taken our eyes off the ball,” he said.

He said he did not think the Donegal public had been helped by what he described as “mixed messages” from the medical experts and the Government.

“I do not think they have helped. We need a definitive guide on what we should and should not do. One expert os saying we should social distance, others are saying not to.

“I do think there have been mixed messages and I don’t think it has helped the ordinary person on the street who are looking for direction about what to do,” he added.

Dr Denis McCauley said people in Donegal simply need to stay in their own homes.

“We just need to assume that anyone you meet has the virus. We have had cases where aunts and uncles are calling to homes and visiting.

“We are just asking everyone to stay in their own households,” he said.