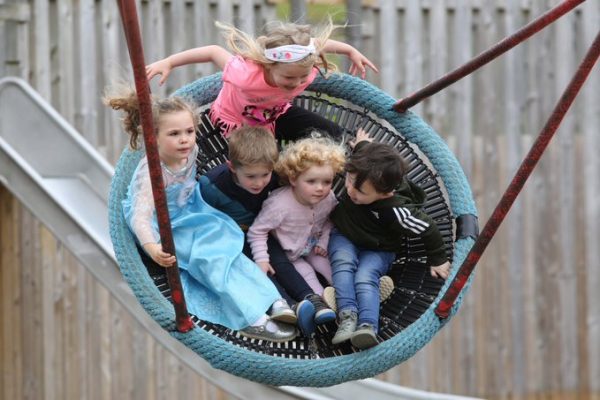 EDEROWEN Play Park in the Galliagh area of Derry will be closed today to allow for Council staff and contractors to carry out repair work following a recent spate of vandalism.

Damage was caused to the safety ground surface while a swing and a number of cradle seats were also broken in the attack.

The surrounding protective fencing was damaged and graffiti sprayed on the bitmac, litter bins and a number of items of play equipment.

A spokesperson for Council said work was being carried out today to repair the damage and it is hoped the facility will reopen as soon as possible.

“Ederowen Play Park is widely used by local families and it is extremely disappointing that someone felt it was ok to go there and cause so much damage and destruction to a community facility.

“Our Council now has to foot the bill to get the damage repaired and carry out works to ensure that it can be reopened safely.

“I would appeal to those involved to please respect public property and be mindful that this is a facility that is much loved and used by the local community you live in.“

The facility will be reopened later this week when the repair works are completed.