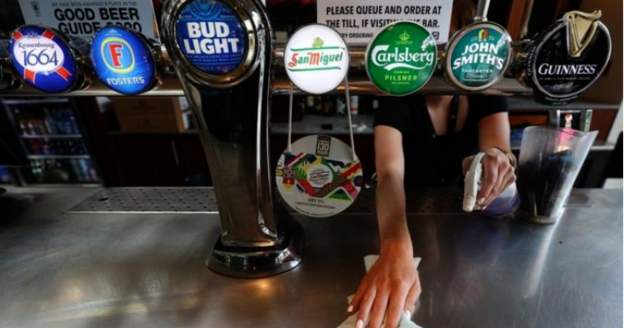 THE devastating impact of COVID-19 on pubs and a massive driving test backlog are expected to be front and centre at a meeting of the Stormont Executive today, Thursday, September 3.

Calls for an extension to the government furlough scheme are also set to be on the agenda.

The online meeting will see the latest on Brexit negotiations raised.

The Stormont executive has delayed allowing about 600 pubs, which only serve drink, to reopen.

The 600 premises are thought to amount to about a third of the pub sector in the North of Ireland.

The so-called ‘wet’ bar owners had been told they could open on Tuesday, September 1.

But as the number of positive cases started to surge, the Stormont Executive decided to reverse that decision, much to the anger of pub owners who fear their livelihood will never recover, putting jobs and businesses at risk.

Executive ministers have not agreed an alternative timetable for when ‘wet’ pubs can reopen.

Ministers will discuss what kind of financial support might be provided to the wet pubs if they remain closed and whether a tougher enforcement regime should be introduced.

One argument made by the hospitality industry is that tightening restrictions and cracking down on establishments which flout the regulations might enable more pubs which abide by the rules to open.

Finance Minister Conor Murphy is expected to seek the executive’s support to ask the UK Treasury to extend its job furlough scheme beyond October – something British Prime Minister Boris Johnson ruled out on Wednesday in the House of Commons.

DUP ministers are also likely to raise their concerns at the executive meeting about support for the local taxi and coach industries and the backlog in driving tests.

The plight of learner drivers who won’t be able to take a test until next year is due to be raised at an emergency meeting of Stormont’s Infrastructure Committee.

During the executive meeting, Health Minister Robin Swann is expected to update his colleagues on the latest estimates of Northern Ireland’s R number, which indicates the level of transmission of coronavirus locally.

Ministers will also get a briefing from the education minister on the recent re-opening of schools.