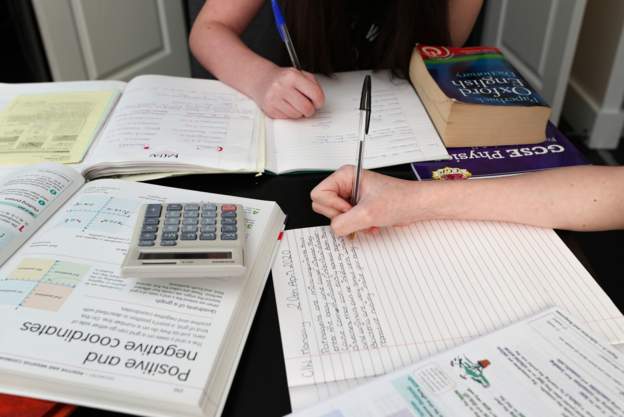 THE principal of Limavady High School has said the process of awarding pupils predicted grades this year had been “incredibly difficult” for teachers.

“They have put hours-upon-hours of work into creating the evidence to make sure they could stand over the grades they gave,” Darren Mornin said.

“There was huge integrity over every grade that was given.”

As exams were cancelled, grades were awarded based on predicted grades from schools, which have been standardised by CCEA.

Mr Mornin said he was “slightly disappointed” in how CCEA had adjusted some grades that were awarded.

“Staff have put hours of work into ensuring our children get the grades they deserve.

“Unfortunately, CCEA have decided otherwise in some cases.”

While results in the North of Ireland are expected to rise, there will be intense scrutiny on how many grades predicted by schools have been changed by CCEA’s statistical modelling.

Earlier today, Clarissa Bell and Chloe Martin bravely opened their results in front of the school this morning for BBC Radio Foyle.

“I got two distinction stars and a B in Art and Design and ICT,” Ms Martin said. 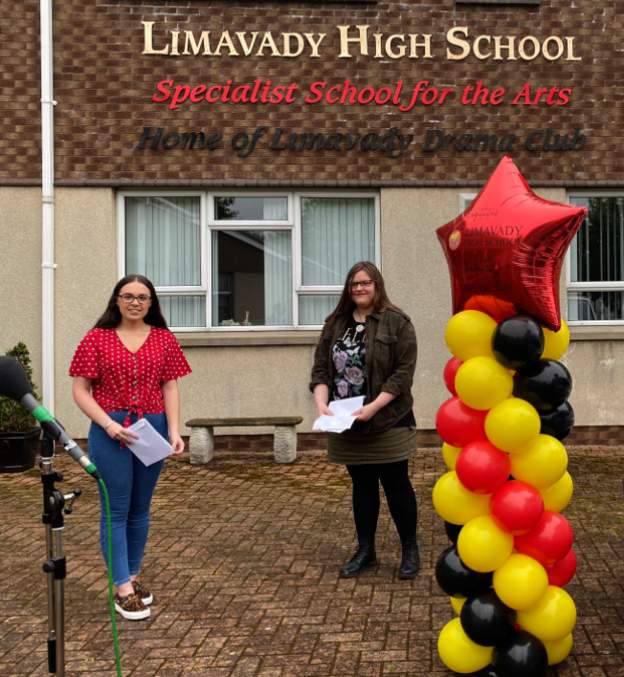 “The whole end of school experience and getting results was really different this year,” says Chloe.

Clarissa Bell got three As in English Literature, History and Geography.

She hopes to study Geography at St Andrews University.

“The entirety of my grades were initially reliant on exams, so I was very nervous how this results day would pan out.

“I was quite nervous, especially with the uncertainty around it this year and I had no control over what part of my grades I could previously work up to.

“I do feel I could’ve proved myself better in the exams and I could have possibly got a better grade, but I am happy with my results.”