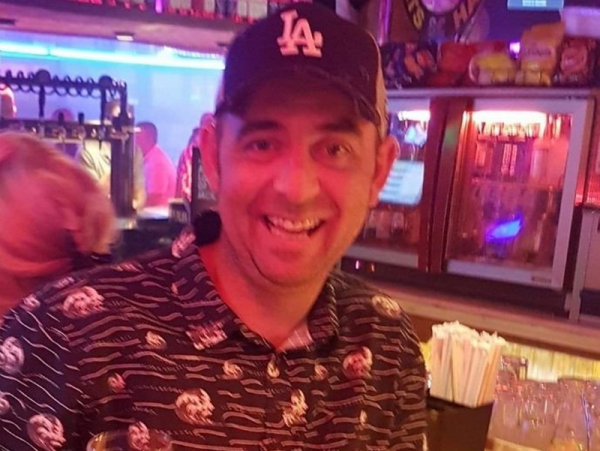 A DERRY taxi driver has won a whopping five figure sum after correctly predicting 12 results across the Champions League and Europa League.

The keen golfer and Manchester United fan was at the Captain’s Day function at Foyle Golf Club near his hom-e as the last matches in his £10 accumulator bet – Barcelona vs Napoli and Bayern Munich vs Chelsea – were being played.

“The TV was on in the back room at the club and I kept checking the scores – and thankfully both those games went my way,” said Seamus.

“Earlier in the week it was my own team United that had me sweating most, because they only won thanks to a very late Anthony Martial goal.

“I basically just put down all the home teams to win and remarkably they all did. It’s my biggest win ever – and it didn’t even take me that long to make my selections.”

Canny Seamus luckily opted for Copenhagen to beat Istanbul Basaksehir, Inter Milan to win against Getafe, his beloved Reds to defeat Linzer Athletik-Sport-Klub (LASK), along with Bayer Leverkusen to beat Rangers and Sevilla to triumph against AS Roma.

He also chose were Wolves to win against Olympiakos, Shakhtar Donetsk to beat Wolfsburg, Basel to defeat Eintracht Frankfurt, and Juventus to beat Lyon.

The Foyle Golf Club member then opted for Manchester City to beat Real Madrid – and in those dramatic last matches he picked Barcelona and Bayern Munich to triumph over Napoli and Chelsea.

Said Seamus: “It was quite a night.

“Everyone knew that I had the best win of my life and so I bought the biggest round ever.

“There were five tables and I’m pretty sure I got a Guinness or a short for everyone, so that must have cost well over £100.

“Put it this way… I’m still struggling with a hangover 24 hours later.

“Of all the teams it was United that almost let me down, with Martial coming to the rescue so late.” He revealed that he already has plans for his winnings.

“What am I going to do with the money?” said Seamus.

“Well, I’ll be using most of it on a deposit so I can buy a bigger flat of my own.

“I’m thinking of sorting out a golf trip to Portugal too.”

Betfred boss Fred Done congratulated Seamus on his win, saying: “I bet it was quite a night at Foyle Golf Club.

“And I hope Seamus and his pals enjoyed all that Guinness paid for straight out of my pocket!”