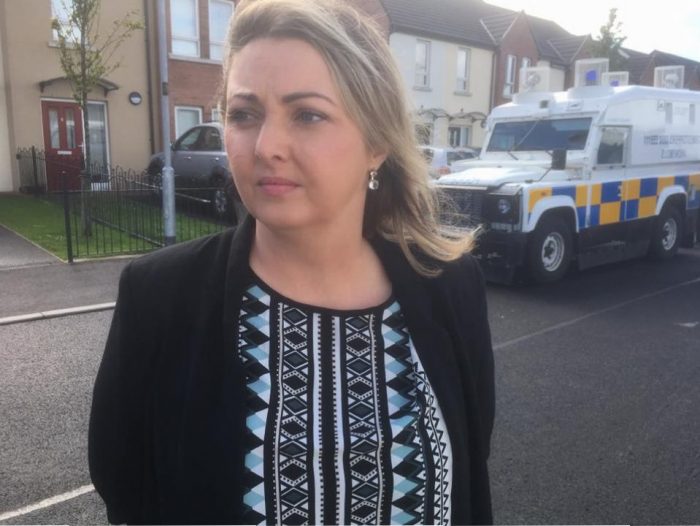 SINN Fein saY they had a “robust” meeting with the PSNI regarding the arrest of a 14-year-old boy with special needs in Derry.

On Monday, police carried out a search of a house in Creggan, following the earlier arrest of a 52-year-old man by detectives from the PSNI’s Terrorist Investigation Unit investigating dissident republican activity.

During the course of the search, two males aged 14 and 23 were arrested at the property on suspicion of assaulting police.

They were both de-arrested a short time later and a file is being prepared for the Public Prosecution Service.

Sinn Fein MLA Karen Mullan said the 14-year-old has special needs and the party is concerned over the conduct of police during the incident.

“We challenged the PSNI directly on the impact this has had on this vulnerable child and how they carry out policing operations in Creggan.

“Sinn Fein will continue to follow this up to ensure these concerns are addressed.”

In a previous statement chief superintendent Emma Bond said: “Accountability to both the public and the relevant oversight bodies such as the Northern Ireland Policing Board, Policing and Community Safety Partnerships, Police Ombudsman and local representatives are at the heart of our policing with the community approach.

“Keeping people safe is always our priority and we welcome the opportunity to meet with Sinn Fein representatives to discuss this matter and any other concerns they wish to express.”

Sinn Fein in ‘robust’ meeting with police over arrest in Derry of special needs child was last modified: August 8th, 2020 by John