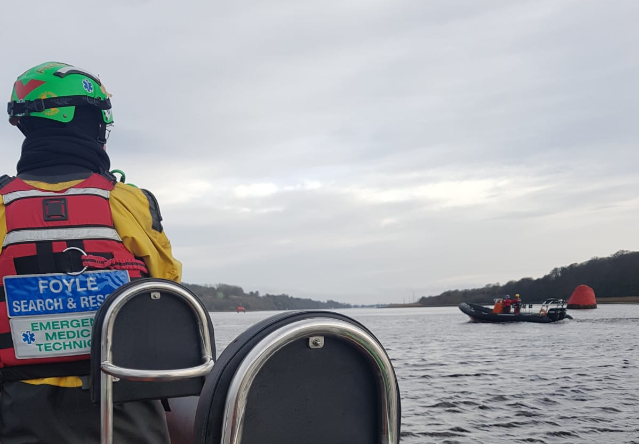 A POLICE officer has been praised after he jumped into the River Foyle with a lifebuoy to a rescue a woman.

The alarm was raised in Derry around 5.20 pm on Friday afternoon, August 8.

Locals say a police officer spotted a person in the River Foyle and stopped his PSNI vehicle in the middle of the dual carriageway at the Peace Bridge.

He is said to have sprinted across the road, “jumped the wall, grabbed a life ring and entered the water himself putting his own life in danger”.

“He was able to get to the woman who entered the water. No doubt saving her life.”

Foyle Search and Rescue say: “At 17:26 hrs our Emergency Response Team responded to reports of a person having entered the water.

“Arriving on scene a Police Officer had activated a lifebuoy and along with a member of the Fire service had entered the water to keep the person afloat.

“A Multi Agency Operation took place involving the PSNI, NIFRS, FSR and NI Ambulance Service where all persons were rescued by FSR Teams to boat.

“They were assessed and then transferred to our base at Prehen and onward to Hospital by Ambulance.

“Appreciation to all the Emergency Services and CCTV for there assistance.”

If you need support and help please don’t do it alone, reach out