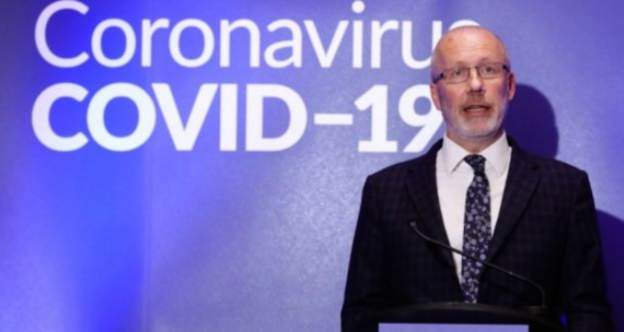 OLDER children should be wearing face coverings in schools, the North of Ireland’s chief scientific advisor has said.

Speaking to BBC’s Nolan Show, Prof Ian Young said that “there may be some role in some settings where face coverings be worn by older children”.

“The advice we have given is that there may be some benefit to the use of face coverings by older pupils where social distancing cannot be maintained, but that needs to be considered in the context of the activity that the children are doing.”

Prof Young said that some exceptions would be laboratory work or exercise.

However, speaking earlier Education Minister Weir said that the wearing of face coverings in schools was “not implementable”.

Prof Young said they had been looking at experiences of other countries on how the reopening of schools affected the rate of transmission of the virus.

“I think it is inevitable there will be some cases and outbreaks associated with schools,” Prof Young said.

However, he said that the test, track and trace program will carefully monitor this.