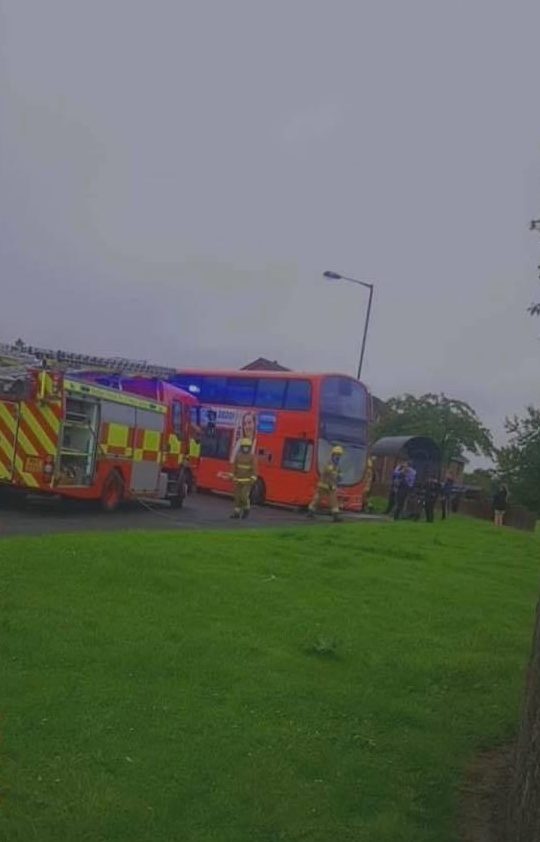 Hijacked bus set on fire during rioting in Derry on Tuesday

POLICE in Derry investigating incidents in the Galliagh area of the city earlier this week have made two arrests.

Two teenage boys, aged 14 and 15 years old, were arrested in the city this afternoon (Thursday, 6th August) on suspicion of riotous behaviour and attempted criminal damage.

The 14-year-old boy was also arrested on suspicion of possessing petrol bomb in suspicion circumstances, and throwing a petrol bomb.

Both males remain in custody this afternoon.

Derry & Strabane District Commander, Chief Superintendent Emma Bond said: “I want to take this opportunity to appeal to anyone who is tempted to become involved in anti-social or criminal behaviour to stop and consider the consequences of their actions, and desist immediately.

“I would also appeal to those in the community to use their influence to help us ensure we don’t have another night of disorder and our communities don’t come under attack again.”