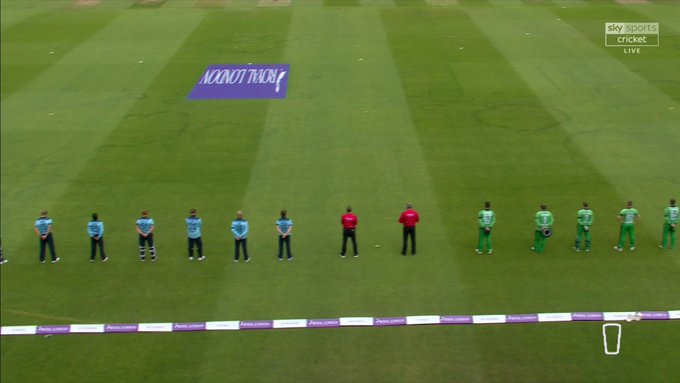 A MINUTE’S silence has been held for John Hume at a cricket match today.

Before the start of today’s third one day international (ODI) from the Ageas Bowl in Southampton, England and Ireland crickets paused for a minute to reflect on the life of the former SDLP leader who passed away on Monday at the age of 83.

The players also worm black arm bands in memory of the Mr Hume.

Friends say the Nobel Laureate had a love of sport.

But not many people knew he was a fan of cricket.

In fact, in his younger days John was a left arm spin bowler!

Ross McCollum, chair of Cricket Ireland, said: “We were all saddened to hear of the passing of John Hume.

“He was a tremendous man with fantastic vision and a relentless commitment to peace.

“He will no doubt be remembered as a giant of his time, and his legacy will extend for many generations to come.

“On behalf of the Irish cricket community, we pass on our condolences to John’s family and friends.”