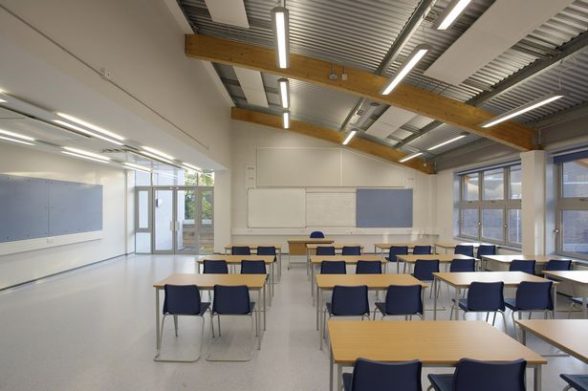 Classrooms here have been empty since March over COVID-19 pandemic

EDUCATION Minister Peter Weir has been urged to produce updated guidance on how schools here will reopen.

Schools in the Republic are expected to fully reopen before the end of August and details of a financial package were announced on Monday.

Schools are due to reopen here on a phased basis from late next month.

“It is only a number of weeks now before schools go back, teachers will be back in three weeks, and principals will probably be back at the start of August,” said the Foyle MLA.

“They had based their new school day in bringing children back in August around guidance that was produced on 19 June,” she says.

“We need the guidance to be updated and stakeholders to be consulted,” she says.

“We need to hear what the scientific and medical guidance is suggesting for a return.

“The aim has to be having as many children in full-time education as soon as possible. Four weeks out from a return, when he (Peter Weir) is talking about a full return, I sincerely hope he is already raising these issues with the executive,” he said.

Meanwhile, Education Minister peter Weir says the return of all pupils to schools here at the start of the new term is achievable.

Mr Weir said he hopes to take a paper to the Executive to get agreement on the issue very soon though he said there’ll still be a range of safety measures necessary in schools.

He has been facing growing pressure to set out a comprehensive plan detailing how a safe return to classrooms can be achieved.

On Tuesday Mr Weir said there was no extra money in the education budget to help schools do that.

Justin McCamphill of the National Association of Schoolmaster and Women Teachers (NASUWT) said the return of pupils is to be funded is a “massive issue”.

Schools, he said, will need to prepare a number of different approaches as pupils get ready to return to school in September.

Schools are due to reopen here on a phased basis from Monday, August 24.