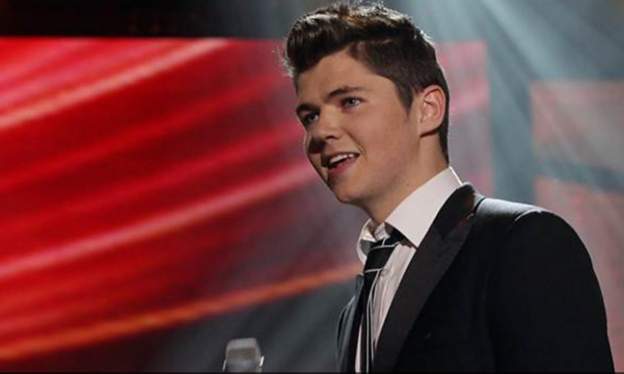 ‘I might not get home to Derry this year’, says performer Damian McGinty

Derry-born Damian McGinty who has made California his home

PRESIDENT Donald Trump used his first Coronavirus briefing in weeks on Tuesday to warn that the outbreak in the US will “get worse before it gets better”.

Tens of thousands of new cases are identified every day, and more than 140,000 people have died.

It was because Americans rushed to reopen after lockdown and the President had dismissed the deadly virus as just flu.

But now America is going into reverse again as hospital beds across many states start to refill with patients who have caught the virus.

Derry-born performer Damian McGinty has made California his home after he found fame as a teenager on the hit television series, Glee.

He told BBC Good Morning Ulster things started opening up “about a month ago… I feel like they may have opened up before they should have”.

“Things are pulling back now, with most restaurants in LA being outside only.

“Most people wear masks when out and about,” said the 27-year-old.

He added that he was worried he may not get home to see family in Derry this year.

“I have never faced a circumstance where I have no idea when I’m going home,” said Damian.

“I normally go home three or four times a year and I look at Derry as my hub,” said Damian.

But with the US now showing signs it has been hit by a second wave of Coronavirus, countries around the world will impose restrictions to its citizens.

On Tuesday night, the Republic’s Tanaiste Simon Coveney published a ‘green list’ of 15 countries whose citizens won’t have to self-isolate for 14 days when they arrive in Ireland.

The United States was not one of those 15 ‘green list’ countries.