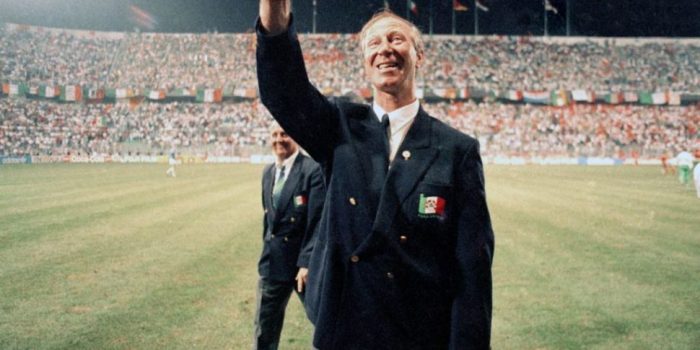 Former Republic of Ireland boss Jack Charlton who has died

JACK Charlton, the former Republic of Ireland boss and a World Cup winner with England, has died aged 85, his family said in a statement.

The former Leeds defender had been diagnosed with lymphoma in the last year and also had dementia.

One of English football’s most popular characters, he had spells in charge of Sheffield Wednesday, Middlesbrough and Newcastle.

He led the Republic of Ireland to their first major finals at Euro 88 and the World Cup quarter-finals at Italia 90.

At the age of 30 he won a World Cup winners medal with England in 1966 along with his brother Bobby.

The FAI said: “We are deeply saddened to learn of the death of Jack Charlton, the manager who changed Irish football forever.

“Our thoughts are with Pat and the family at this sad time.”

“What a football man, Loved and adored, especially in Ireland.

“The best manager I was lucky to play for.

“The times we had on and off the pitch was priceless !my thoughts are with pat and the family!

“Father figure to me for 10 years, thanks for having faith in me.

“Thinking of Pat, John and Peter at this sad time.”