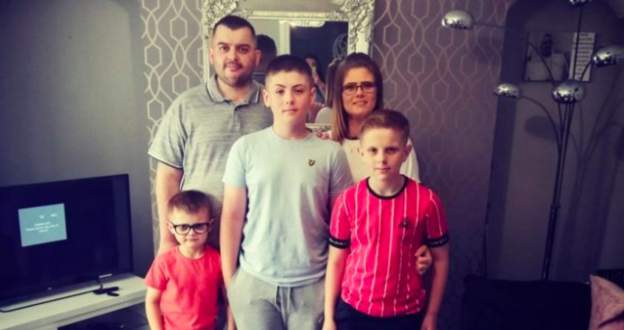 ‘My husband spent ten weeks on a ventilator fighting for his life from COVID-19’, says wife

Carla Bowe said at one point her husband’s condition deteriorated so much she gathered her three sons and told them that “daddy wasn’t going to make it”.

THE family of a Derry man who spent ten weeks on a ventilator with the deadly Coronavirus said it was a miracle that he survived.

Blian Bowe was placed in an induced coma and given the last rites on several occasions as his condition deteriorated.

The 34-year-old’s last memory before falling unconscious was being wheeled into resuscitation at Altnagelvin Hospital.

His wife, Carla, told their three sons their father was going to die.

Blian had no underlying health conditions and said despite taking precautions, he has no idea how he contracted Coronavirus.

Mrs Bowe received a phone call from her husband who was admitted to Altnagelvin Hospital saying: “I am bad, I am really bad”.

The next phone call she received was from a nurse who said her husband had been transferred to the ICU and placed into an induced coma on oxygen.

“It was the most horrific feeling, I’ve never felt so helpless that I couldn’t be by his side when he needed me the most,” Mrs Bowe told the BBC.

Mrs Bowe recalls putting on PPE equipment to visit her husband in hospital. She said he was “unrecognisable”.

“I just couldn’t see my husband in him at all,” Mrs Bowe explained.

Mrs Bowe said upon her next visit to the hospital, her husband’s condition had drastically worsened and he was now suffering from multiple organ failure.

“They [medical staff] were no longer supporting just the lungs, they were supporting three other organs in his body,” she said.

“We were told this is it,” she added. 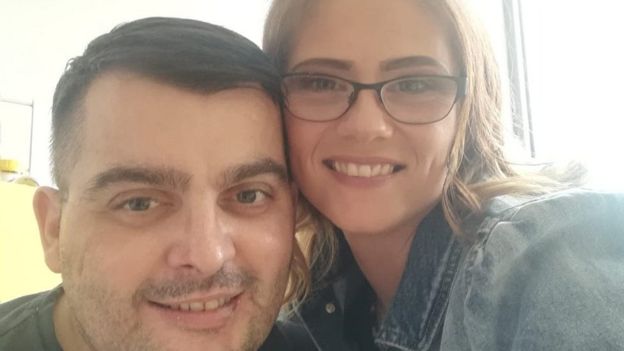 Blian and his wife Carla pictured for the first time together after leaving Altnagelvin’s ICU after ten weeks.

Mrs Bowe said it was at that point she decided to gather her three sons and tell them that “daddy wasn’t going to make it”.

Mrs Bowe said “by some miracle” her husband was awoken from his coma and began to respond well to treatment.

“Blian had tested positive for seven to eight weeks for the virus but was now clear,” she said.

Mrs Bowe said her husband is quite a reserved person and would be quite shy, but said “there was no stopping the people from Derry giving him a hero’s welcome”.

She recalled the emotional scenes of people lining the streets, cheering and applauding his return.

Mrs Bowe thanked the “fantastic” staff at Altnagelvin Hospital for bringing her husband and their son’s father home.

‘My husband spent ten weeks on a ventilator fighting for his life from COVID-19’, says wife was last modified: July 4th, 2020 by John