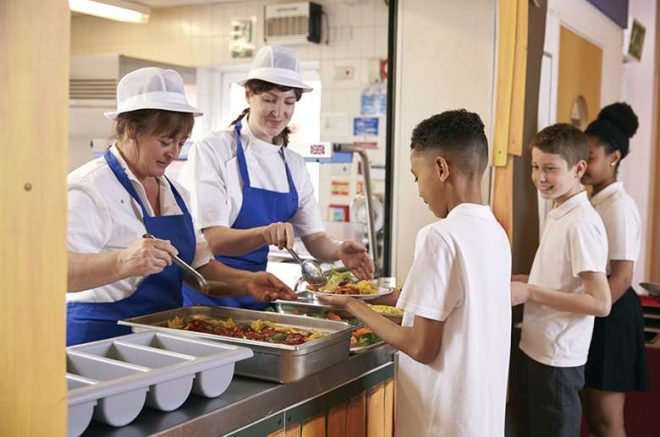 Funds for school meals for children in North over the summer

DETAILS of a £250 million funding package to deal with COVID-19 pressures in health, business and other sectors will be announced later today.

The package will include money for free school meals and funds to help administer the Troubles pension scheme.

It will be announced by Finance Minister Conor Murphy.

This reallocation of unspent funds from within Stormont’s departments will come as a welcome boost to those ministers struggling with the COVID-19 crisis.

Health takes the biggest slice, with about £90 million to be spent on elective care and mental health services.

More than £35 million is being set aside for infrastructure, including £20 million for Translink.

The North of Ireland’s public transport operator has struggled during the COVID-19 crisis, with revenue falling.

The arts and sports sectors are also due to get a boost of several million pounds each, while Ulster University is getting a multi-million pound injection towards its major development in Belfast

Twelve million pounds will go towards a summer food scheme for vulnerable children while an extra £10m will go towards childcare. There is extra money too for business start-ups and to help those on benefits with extra costs.

The reallocation also sees £2.5m set aside for the administrative costs to implement the Troubles victims’ pension scheme.

But as yet there is no sign of when that scheme will start.

The victims’ payments were approved by Westminster but they have been delayed.

Deputy First Minister Michelle O’Neill resisted designating a department to administer the scheme as her party objected to the eligibility rules.

Sinn Féin regarded the rules governing who could apply for the the pension as discriminatory against ex-prisoners.

The DUP then held up final approval for a series of financial decisions at Stormont until the preparatory resourcing for the pension scheme was provided.

At a meeting last week executive ministers were unable to sign off on funding for children entitled to free school meals as a result.

Direct payments for the school meals had originally been scheduled to end on 30 June.

But on Friday, Education Minister Peter Weir said the executive had agreed to extend it during the summer break.

It came after Westminster was shamed into extending the scheme in England following a campaign by Manchester United footballer Marcus Rashford.