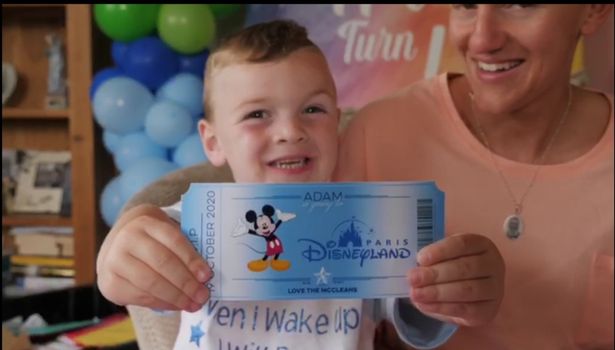 Adam and Aoife off to Disneyland thanks to James McClean

Big hearted James McClean has stepped up to the plate once again this time by surprising Derry twins whose father passed away suddenly two months ago.

Aoife and Adam Burke, who turn four on Sunday, had a fun-filled weekend as they were joined by the Mayor of Derry and his wife Cheryl with the children’s favourite cartoon characters, Mickey and Minnie Mouse on Friday.

In April, the siblings world turned upside down when their dad, Thomas, died suddenly.

Mr Burke, known locally as ‘Burkie’, was a former footballer who playe for a number of clubs during his career including Ballymena United and Derry City.

The twins’ mother, Bronagh Burke, said she just wanted to do everything she could to give her children a special birthday after “going through so much pain”.

An appeal on June 1 for the twins on their birthday has saw over 3000 cards come from around the world – including Australia, USA and across Europe.

She told Belfast Live: “They have been through so much pain.

“They are still dealing with a lot and they are on a journey, like I am as well.

“The likes of a small card can just mean so much for them and if it makes them happy and gives them a small on their face then my job is done,” Bronagh added. 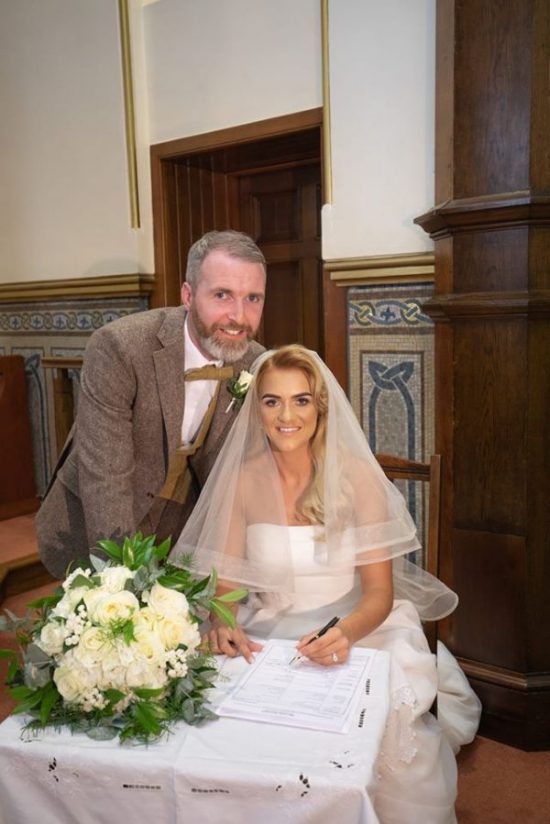 Thomas and Bronagh Burke on their wedding day

“I think Burkie would beyond proud and he would be so honoured the way Derry and throughout the world have acknowledge them.”

Among the cards was a special one from Republic of Ireland and Stoke City footballer James McClean and his wife Erin.

“I just want to wish you a big happy fourth birthday and I hope you enjoy your surprise trip to Disneyland. Have a good day.”

Bronagh said she the amount of cards and parcel they received had left the family ‘astounded’ and added that she would never be able to repay the kindness shown to her family.

She said: “Thank you everybody for all the cards.

“We are forever grateful and we can’t believe we are going to Disneyland.

“We are absolutely delighted and we are over the moon for all 3000 cards.

“Thank you so much.”

Last week Derry YouTube sensation Adam B surprised the family by giving them a new car.