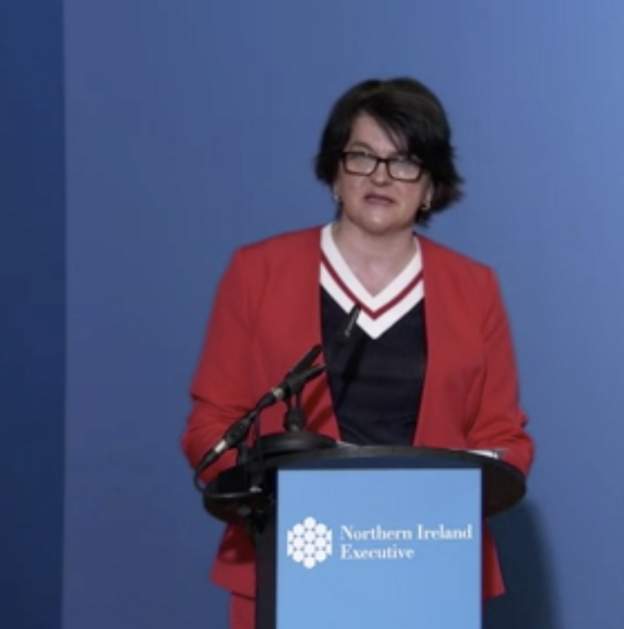 Coronavirus: Indoor gathering limit of up to six people ‘a more progressive move’

THE FIRST Minister has announced that groups of up to six people can meet indoors from tomorrow, Tuesday, June 23.

Arlene Foster said the new regulation on six people gathering indoors is a reference to how many individuals can meet, rather than limiting people to ‘bubbles’ between households.

The DUP leader described it as a “more progressive move” and says if clusters of COVID-19 cases re-emerge “then we can move back to the two household bubbling” indoors.

From Monday, July 6, those who are shielding can also meet in groups of up to six outdoors, maintaining social distancing.

Mrs Foster says this has been possible because the virus has been suppressed in the wider community and “will also be of assistance in relation to informal childcare”.

“The battle against Covid-19 is still very much ongoing,” she warned.

“We all need to remain vigilant.

“Over this last three months we have weathered a particularly vigorous storm.”

She told a briefing at Stormont the executive will continue with its “step-by-step process” and unlock further restrictions.

However, she says people need to maintain the “communal spirit” which has led to a suppression of the virus.

Mrs Foster adds: “In the coming days when we’re able to go to a hotel or a restaurant or a visitor attraction, or most definitely a hairdressers, we will need to adapt our behaviour and be conscious of the capacity of the virus to flare up again with fatal consequences.” 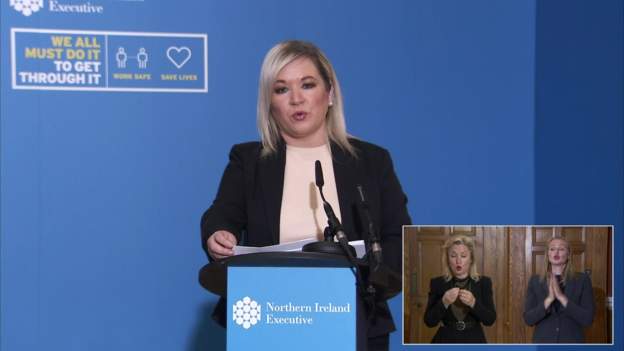 “I know after spending the last three months apart, it will be a natural reaction to want to hug each other, but for now we need to keep that physical distance as much as possible to be able to keep people safe,” said Ms O’Neill.

Speaking at this afternoon’s Stormont daily briefing, Ms O’Neill said the “scientific and medical advice indicates that we can make further progress to facilitate more contact between people”.

“We have looked at a number of models and we believe that this provides the greatest flexibility to provide much needed social contact and enhanced support networks,” said Ms O’Neill.

She added the relaxations on indoor meeting would not apply to those who are shielding, and said they should follow the advice related to them until their current shielding period is paused on 31 July.

The deputy first minister said she was aware that earlier relaxations of the lockdown which allowed people to meet outdoors did not provide relief for certain groups of people, including “people who are house bound and those who depend on families”.

Coronavirus: Indoor gathering limit of up to six people ‘a more progressive move’ was last modified: June 22nd, 2020 by John