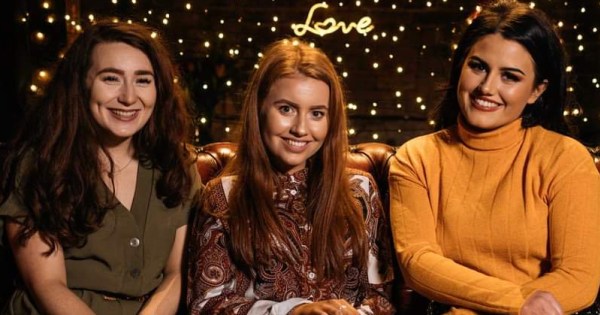 THREE former Mary from Dungloe contestants have set out to help single men looking for love in a new BBC Gaeilge series airing this week.

Courtney Boyle from Dungloe, Rosie McNally from Belfast and Caoimhe Breathnach from Gaoth Dobhair are the Gael Marys who set up an entertaining help service for would-be Casanovas to fine-tune their dating game.

Together, the Marys take on the challenge of helping single men get back on the dating scene, boost their confidence and set them on the path to finding love.

The first programme airs at 10pm this Bank Holiday Monday on BBC Two Northern Ireland. There will be four episodes in the coming weeks.

As former Mary From Dungloe contestants, the women will be using their pageant poise and style to help four unlucky-in-love men.

Honed by their experience in the festival, the Marys have a wealth of tips on style, confidence and how to make a good impression.

They help four men make the most of what they’ve got – identifying his personality strengths and where encouragement is needed.

Along the way wardrobes are updated, hairstyles and scruffy beards are groomed and the Marys divulge the secrets of dating repartee.

After a confidence booster, the men will be monitored on mock dates as the Marys aim to leave a lasting impression, imparting their wisdom about life as well as love in this light-hearted series.