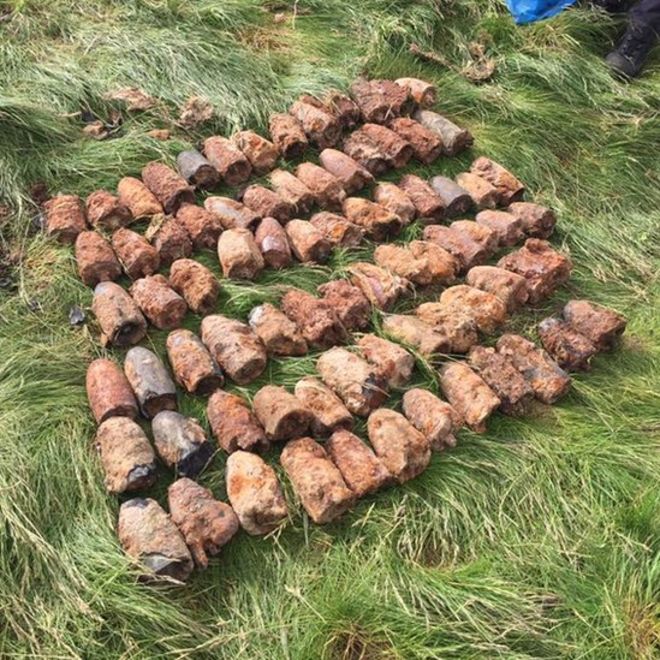 DOZENS of what are believed to be air-dropped practice bombs have been removed from a north coast beach.

Coleraine Coastguard said a family discovered the objects on the foreshore near Balls Point, Magilligan, on Monday afternoon.

It said the PSNI and and a British Army bomb disposal team went to the scene and the items were confirmed as air-dropped eight-pound practice bombs.

A total of 78 were collected and taken away.

“While they were only made of solid metal for practice drops, they would have once contained an explosive smoke marker, so were still potentially very hazardous,” the coastguard said.

In a statement, the PSNI said: “A number of training rounds were discovered on the loughshore at Scotchtown Road and were subsequently examined and seized.”

Magilligan is home to a British Army firing range and training camp.

There has been a firing range there since the Napoleonic Wars, according to the Army.

In recent years, nationalist politicians have called for it to be closed, as they say it harms tourism in the North West.

‘Practice bombs’ removed from Co Derry beach after discovery by family was last modified: May 26th, 2020 by John