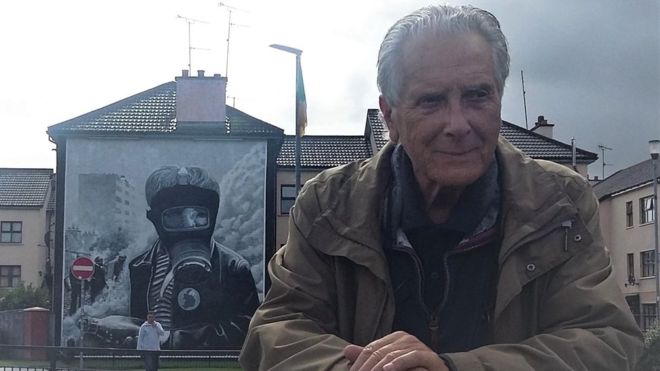 Photographer Clive Limpkin, whose picture of gas mask wearing teenager holding a petrol bomb became a defining image of the Troubles, has sadly died at 83.

His work as a press photographer in Northern Ireland spanned the early days of the troubles.

Mr Limpkin described his 1969 photograph in Derry’s Bogside as “the nearest thing I ever had to an iconic picture”.

Mr Limpkin died at home in London on Wednesday.

Speaking to the BBC last year, fifty years after the photograph was taken, Mr Limpkin said he had only take one shot of the teenager.

“Suddenly there was this 13-year-old boy in the picture, I think I got one snap of him and you don’t generally know if you’ve got a good picture, but I knew then I wasn’t going to beat that and I never got a better picture.”

The photo was taken during what became known as the Battle of the Bogside, three days of rioting in 1969 viewed by many as the beginning of the Troubles in Northern Ireland.

Veteran civil rights campaigner Eamonn McCann said he remembers “a very enthusiastic photographer” who was “intent on getting the job done” in Derry at the onset of the Troubles.

“He took that photograph and by so doing wrote an important piece of history,” he said.

Sinn Féin MLA Martina Anderson said his work while in Derry is “iconic and recognised the world over”.

“I was saddened to hear of the death of photographer Clive Limpkin,” said Ms Anderson.

“His photographs from Derry in August 1969 when he captured The Battle of the Bogside in vivid detail have become iconic and are recognised the world over. 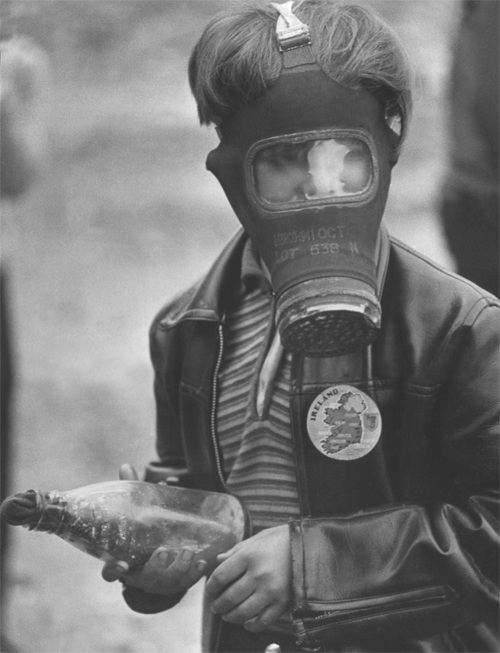 “He maintained his relationship with the city and returned here last year for the 50th anniversary of the Battle of the Bogside.

“I send my sympathies and condolences to his family and friends at this sad time.”

Julieann Campbell of the Museum of Free Derry, where last year Mr Limpkin helped mark 50 years since the Bogside riots, said he had “helped immortalise our recent history”.

“Clive will never be forgotten here in Derry,” she said.

Tributes paid to ‘boy in the mask’ photographer Clive Limpkin who has died was last modified: May 16th, 2020 by John