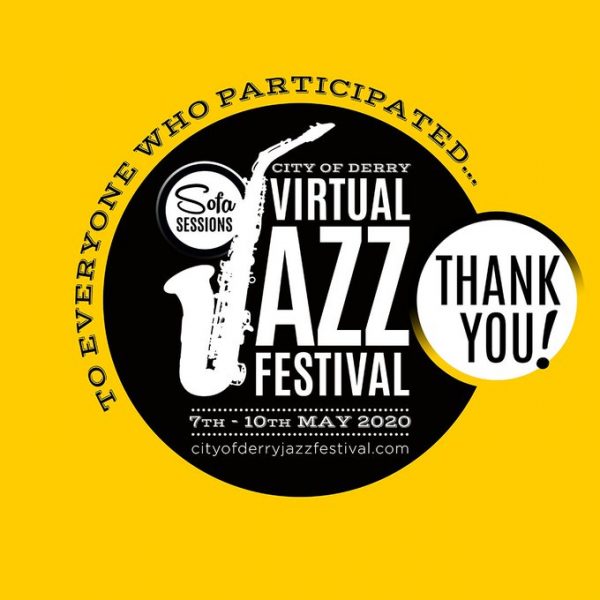 JAZZ was the focus of the Bank Holiday weekend as Derry City and Strabane District Council’s Virtual Jazz Festival went down a storm – with viewership numbers hitting six figures.

With the full event unable to take place due to the current Covid-19 pandemic, people were instead able to enjoy performances from local and international acts online during the four-day ‘Sofa Sessions’.

In total, there were 167,000 video views on Facebook and Youtube, coming largely from the UK and Ireland as well as Europe and America, while 100,000 visited the City of Derry Jazz Festival website.

“It was brilliant to see so many people tuning into the Virtual Jazz Festival… Sofa Sessions and really getting into the spirit over the Bank Holiday weekend.

“Every single band and act put on a fantastic show, and they brought the essence and the enjoyment of the Jazz Festival into our front rooms.

“A huge well done to our Culture department who showed true innovative thinking in putting this festival together. It was an experiment that ended up being a massive success.

“So much hard work went in behind the scenes and seeing that paying off in a way that was enjoyed by citizens across our district and around the world is really rewarding.

“I’m also delighted that we were able to raise some money for my charities – Foyle Women’s Aid and the Koram Centre – and I’d like to thank those people who so generously donated online to those worthy causes.

“We look forward to normal business resuming when we celebrate the Jazz Festival’s 20th anniversary next year, but for now I think we can all agree that this year’s event was thoroughly enjoyable and memorable, even under the current circumstances.”

You can watch back the performances from this year’s Virtual Jazz Festival… Sofa Sessions at www.cityofderryjazzfestival.com