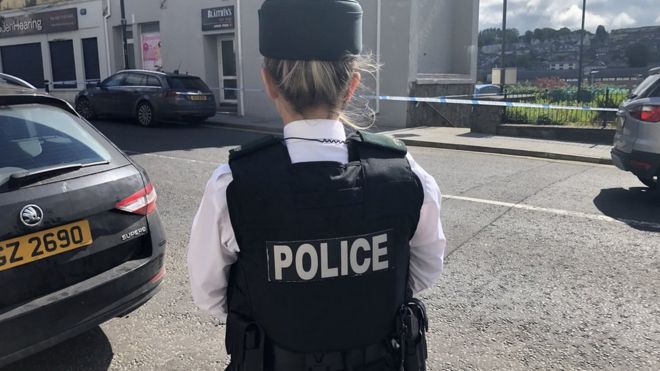 TWO men and a teenager have appeared at Derry Magistrates’ Court charged in connection with an assault on a man which left him in intensive care.

The incident happened in Carlisle Road in Derry at about 4.50 pm on Sunday, May 3.

The victim was taken to the Royal Victoria Hospital in Belfast for serious head injuries.

Detectives described the attack as a “brutal assault on a defenceless man”.

Brothers John Sweeney, 38 and Stephen Sweeney, 24, of Baltimore House in Derry, and a 17-year-old youth, who can’t be named because of his age, were all charged with causing grievous bodily harm with intent.

A police officer connected all three to the charge.

Stephen Sweeney’s solicitor said there would be no bail application at this stage.

He said one of the issues was “the very poor health of the injured party” and asked for an adjournment until Thursday for a bail application.

Defence counsel for John Sweeney said he too was not making a bail application as the current address was not suitable.

The 17-year-old’s defence solicitor said he was also seeking an adjournment to see if an address could be found outside the area.

All three were remanded in custody.

They will appear back in court again this Thursday, May 7.