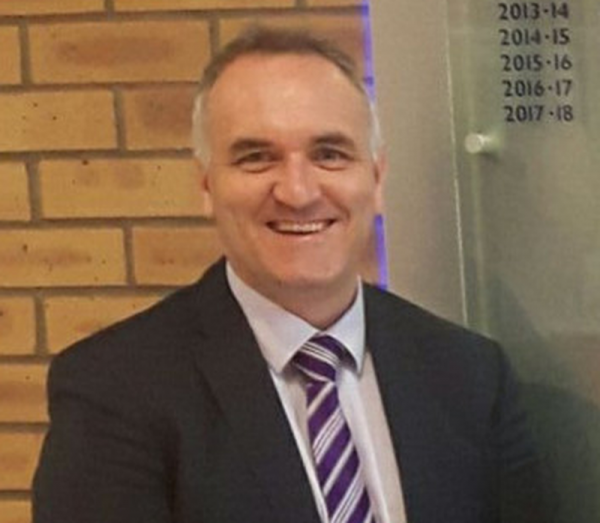 Coronavirus: Derry principal calls for clarity on when schools can reopen again

A DERRY principal has called for more clarity on when schools in the North of Ireland might reopen after the Republic confirmed they would not resume there before the summer.

Schools here have been closed to all children, except those of key workers and those classified as vulnerable, since Friday, March 20 as part of efforts to stem the spread of the Coronavirus.

In the Republic, schools were closed a week earlier on Friday, March 13.

On Friday, the Irish Government outlined its road map for reopening society and businesses across the country in a slow and phased manner, beginning on May 18.

The plan sets out five stages for unlocking restrictions at three week intervals, but schools will remain closed until September.

As the Stormont Executive this week considers its approach to exiting the lockdown, First Minister Arlene Foster told yesterday’s daily Stormont briefing that she could not say if there was a possibility of schools opening before September.

The DUP leader said schools cannot be reopened “in isolation from everything else” as it would have a knock on impact on people in work, childcare, transport and other areas.

“It is part of the whole plan that the Executive is working on,” Mrs Foster said.

Mr Allen said: “We need some clarity from government, even just a proposal of whether it’s going to be June or October – something needs to be spelt out for us to consult on.

“If the plan is to reopen prior to the end of the current academic year, then we would need some outline of what the science is around that.

“My major concern is that if the government get it wrong and there is a second wave, it could totally disrupt another academic year.

“We are trying to calculate grades for Years 11 to 14 at the moment and if we were to have another lockdown from September to Christmas, for example, that could prove even more challenging for a cohort of pupils who would have two years disrupted.”

Justin McCamphill, NASUWT national official for Northern Ireland, also believes that the ongoing speculation around when schools here might reopen is unhelpful.

The NASUWT has already issued five conditions to the government to consider around the return of schools – including a demand that teachers have access to personal protective equipment (PPE), including face masks, gloves and aprons “where appropriate”.

“The only valid decision can be made when the public health advice is that it is safe to do so,” Mr McCamphill said.

“That is not the case at the minute and I don’t see it being so in the foreseeable future.

“While the Republic of Ireland is looking towards the beginning of September, it’s possible that the Executive may go for the same date.

“But it is not necessarily the case that everything will be back to normal by then and the government will have to factor in issues around social distancing and PPE provision for teachers.”