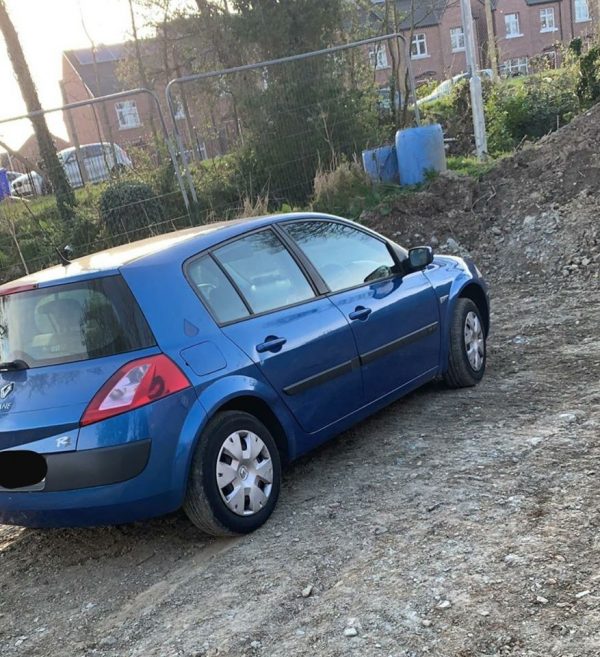 Driver of dangerous Renault car hunted by police in Derry

POLICE in Derry are on the trail of the driver of this blue Renault Megane car which was reported to be driven dangerously on Easter Sunday.

PSNI Derry City and Strabane say on its Facebook page: “On Easter Sunday afternoon we received a number of reports from concerned members of the public in relation to a vehicle driving in a dangerous manner in the Galliagh area.

“Within a few minutes crews from LPT3, Ballyarnett NPT and Foyleside & Moor NPT were in the area and the vehicle was sighted by our crews.

“The vehicle failed to stop and made off in a dangerous manner to avoid Police.

“A short time later again with the help of alert members of the public, the vehicle was located close by unattended.

“The vehicle has now been seized by ourselves and will be subject to forensic tests to identify the driver.

“We want to say thank you to the members of the public who alerted us to this vehicle and assisted us in locating it before it could cause serious harm to members of our community.