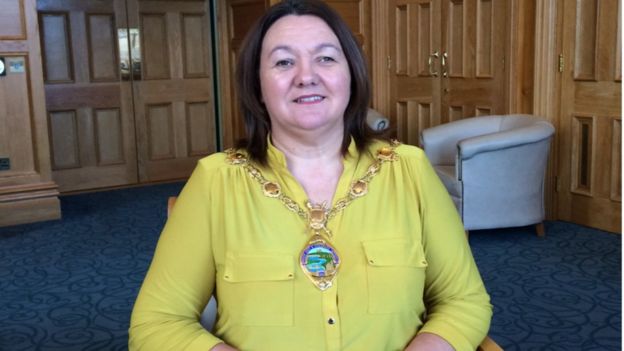 Dog owners reminded to scoop their poop as fouling increases

MAYOR of Derry City and Strabane District Council, Councillor Michaela Boyle, has reminded the public of the need to take responsibility for their pets following an increase in the instances of dog fouling in the City and District in recent weeks.

Government measures to reduce the spread of the Covid 19 virus by limiting when the public can leave their home has led to an increase in walkers in local parks, greenways and public footpaths and with it more dog foul for Council’s Cleansing teams to clean up.

Mayor Boyle urged dog owners to show respect for public health and other parks and greenway users when walking their pets.

“The vast majority of dog owners are conscientious and clean up after their dogs but there has been a noted increase in fouling since the new stay at home measures were introduced,” she said.

“Dog excrement left on our streets and parks poses a serious public health hazard and is putting extra pressure on our Cleansing team at this difficult time.

“I would appeal to all owners to carry a bag to lift the dirt and dispose of it in a designated dog bin where possible or in a black bin.

“Similarly, owners are reminded that when in designated pedestrian zones, dogs must be on a lead held by someone who is able to control it and owners should be mindful of other dogs and members of the public who could be scared of animals.”

The Mayor also urged the public to be responsible if they are taking their one form of exercise a day.

“The spell of good weather over recent days has led to an increased footfall on our greenways and parks,” she added.

“While I would encourage people to take their daily exercise if they can, it is important that is only with members of your household and you should exercise social distancing and responsible dog ownership at all times.”

Seamus Donaghy, Head of Health and Community Wellbeing at Derry City and Strabane District Council, reminded the public that the offence of dog fouling can lead to a fixed penalty for owners.

“If dog owners are observed failing to clean up after their dog they will be issued with an £80 fixed penalty notice,” he said.

“Council’s Dog Control Enforcement policy aims to reduce dog straying and fouling as well as enforcing dog licensing and the policy is implemented with a balance of education and enforcement.

“While dog fouling continues to be a problem in our City and District we have experienced significant improvements in recent years due to patrols, increased bins and signage and education initiatives.

“It is important to note that the vast majority of dog owners do behave responsibly and clear up their mess as evidenced by the 50 tonnes of foul collected from bins each year in our Council area.” 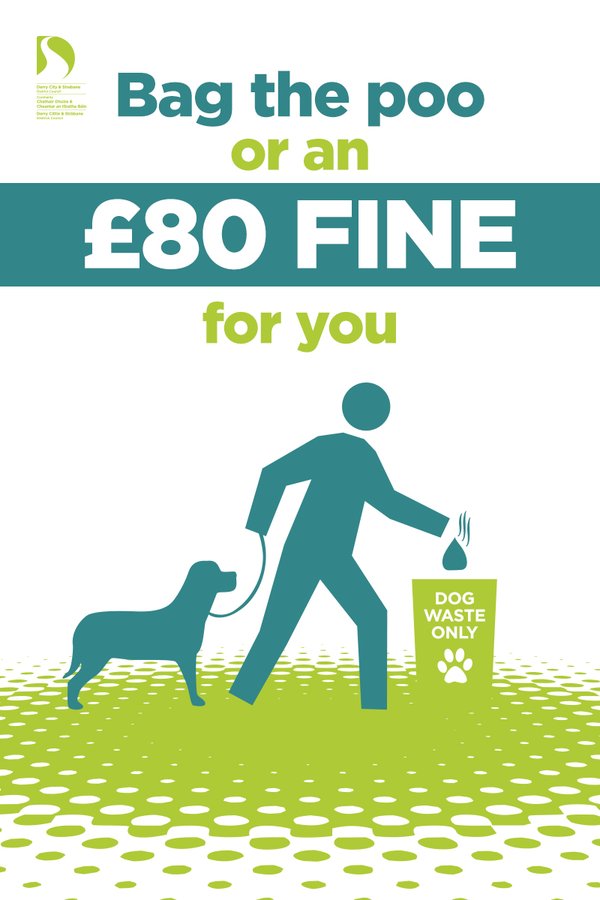 C​ouncil is currently operating its dog control service with a number of restrictions in place for staff protection that includes self distancing.

Stray dogs continue to be taken to the Pound where they can be reclaimed by their owner within five days.

Where the owner cannot be identified, Council will liaise with any available dog homing charities who are willing to assist in finding the dog a new home.

Complaints about attacks on livestock, dogs or members of the public continue to be investigated.

The public can report instances of dog foiling by e mailing dogcontrol@derrystrabane.com or calling 028 71 253 253.