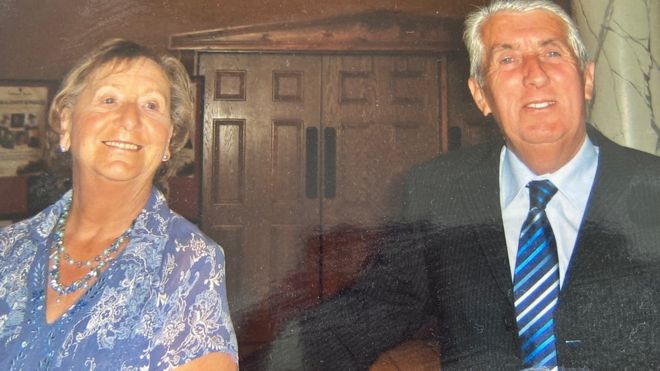 Coronavirus: Family of Jackie Farrell knew they ‘might not see Dad again’

Jackie Farrell, 88, pictured here with his wife Mary who pre-deceased him

A devastated family have spoken movingly of their 88-year-old father who died after contracting Coronavirus.

Jackie Farrell died in Altnagelvin Hospital just a day after being admitted.

His daughter Ursula is in intensive care having also tested positive for the virus.

A second daughter with an underlying health condition is self-isolating and awaiting test results after developing symptoms.

“If I’ve learned one thing it’s to value the people you love because they don’t come with a price,” Maria, Mr Farrell’s youngest daughter told BBC News NI.

Mr Farrell, a bus driver, was well known and respected in Strabane, where he had lived for many years. 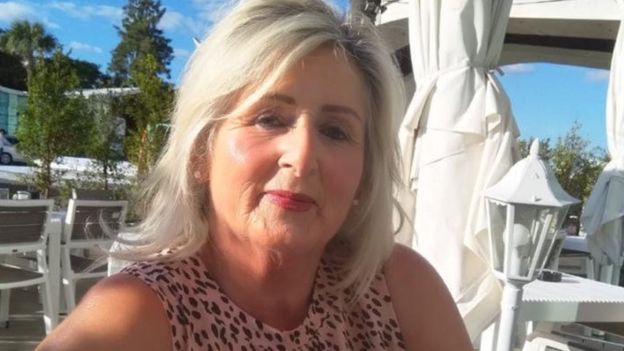 Ursula Farrell, Jackie’s daughter, is in intensive care with Covid-19

His funeral on Sunday was held under social isolation rules, which meant a very limited attendance.

But the people of the Ballycolman estate, where he lived, lined the route of the cortège as a mark of respect, something the family said had been a source of pride and comfort.

Maria said her father’s health had deteriorated rapidly and he had to be brought to hospital with breathing difficulties.

She said placing him in the care of paramedics had been one of the hardest things she had ever done. 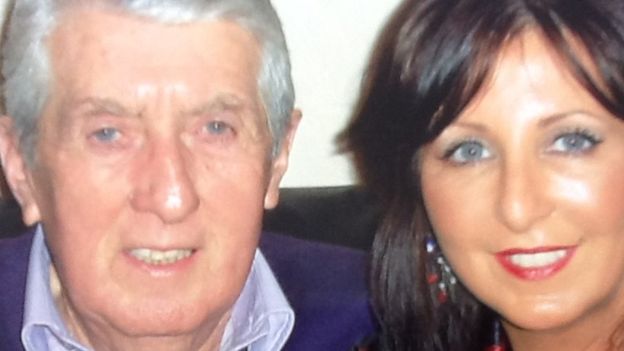 Jackie Farell with his daughter Maria

The family knew there was a chance they might not see him again, she said.

They were able to send in a mobile phone and nursing staff read out texts from the family to her father.

He had been able to respond with a smile.

Maria praised the hospital staff who had cared for him and urged people to follow the government’s guidance on social distancing.

She said the family would give her father the “send off he deserves“ at a later date.