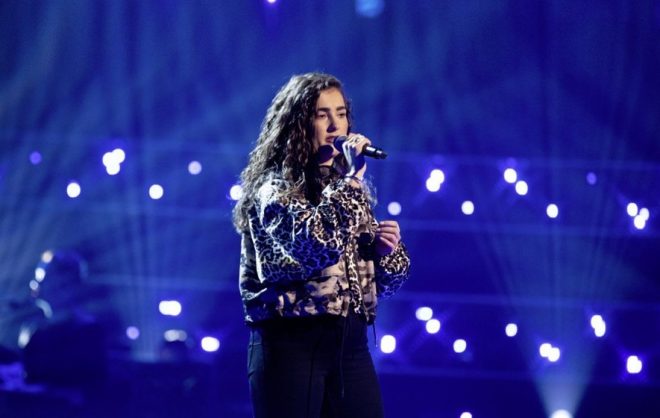 Brooke Scullion through to the semi-finals of The Voice

CO DERRY singer Brooke Scullion is one step closer to her dream of a singing career after she got through to the semi-finals of The Voice UK.

The 20-year-old camogie player impressed the judges in Saturday night’s knockout round with her cover of Rhianna’s track ‘Stay’.

A senior player with The Wolfe Tones GAC in Bellaghy, Co Derry, the Ulster University at Magee student was praised by her mentor Meghan Trainor who said she was “so proud” of her protégée’s performance.

Following her success, the GAA club tweeted: “We are so proud”.

Brooke’s success came as ITV announced The Voice final and semi-final have been postponed due to the coronavirus outbreak.

The channel was due to screen the semi-final on Saturday March 28 and the final the following weekend.

The shows will now be screened later this year.

ITV announced the scheduled programmes will be replaced in the schedule by some The Voice specials.

Earlier in the week, Kevin Lygo, ITV’s director of television, said: “We have taken the difficult decision to postpone until later this year The Voice UK’s live semi final and final, which were due on air on the March 28 and April 4.

“We are working to replace them in the schedule with some bespoke Voice specials.”

Brooke Scullion through to the semi-finals of The Voice was last modified: March 23rd, 2020 by John