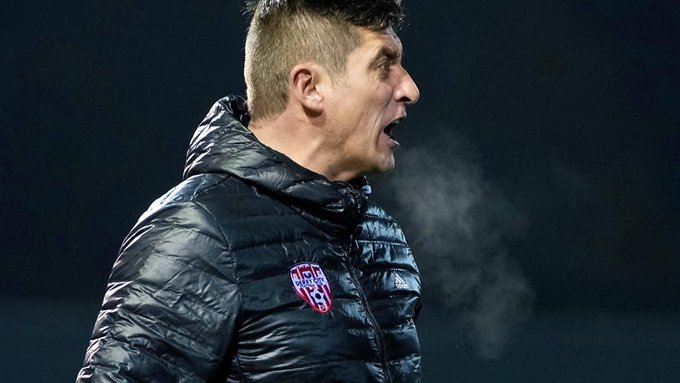 The Blues picked up their first home victory of the season thanks to Shane Griffin’s gorgeous last-gasp strike.

But there was little to comfort Derry City manager Declan Devine who reflected on his side’s performance at the Regional Sports Centre.

Instead of making the long journey back to Derry with a point, the Candystripes left empty handed.

Said Devine: “We were poor, poor. We didn’t perform to the levels we are capable of.

“I will have a look at and reflect on the game but that is not the type of performance we are about.

Graham Cummins – one of two changes alongside John Martin – replaced the suspended Andre Burley at the heart of the Blues defence while Declan Devine made three changes from the starting 11 who defeated the Gypsies in their last match, with former Blue Walter Figueira among the returning faces.

Danny Lupano blocked two early shots from the lively Ali Coote and Akin Odimayo as Alan Reynolds’ men started on the front foot, although it was Derry who came closest in the opening half-hour.

Ciaron Harkin and Steven Mallon linked up well before the ball fround Figueira in the box and the nippy forward swiveled beautifully while shifting the ball onto his left foot and blazing across the goal.

Waterford captain Michael O’Connor retaliated with a low drive at Peter Cherrie minutes later but it was the visitors took the lead in the 32nd minute. 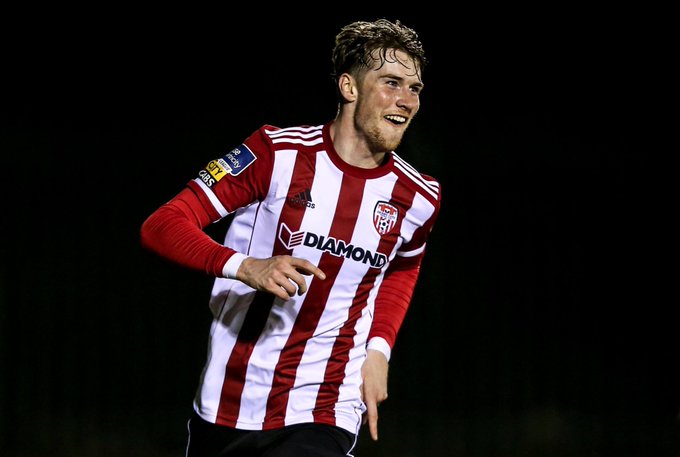 Jamie McDonagh won a free-kick down the right wing and the quickly taken restart was received by Mallon who turned goalwards before beating Brian Murphy from a narrow angle.

The half ended level with a thunderous Bone strike from 25 yards out – the holding midfielder driving a left-footed shot beyond a forest of bodies in the box and into the top corner after Derry failed to clear a corner.

Michael O’Connor was taken down on the edge of the box after the restart following neat interplay between Odimayo and Coote and the striker’s namesake Kevin curled the resulting free towards the corner of the net, only to be pushed wide by the Derry goalkeeper.

Both sides were enjoying spells pinning back the opposition and Eoin Toal almost nodded the Candystripes ahead when he got on the end of Mallon’s floating free from the right wing.

The O’Connors combined to almost give Waterford the lead in the 79th minute but Michael, leaping high into the crisp air, couldn’t steer his header the right side of the post.

It appeared that neither side would nestle the net in the closing stages as Cherrie stopped an injury time effort from the impressive Odimayo.

But Griffin, who came on with 15 minutes to go, unleashed a wonderfully arcing shot deep into injury time.

It capped an excellent night for the Blues but it was a disappointing night for City which leaves the Candystripes fourth from bottom with four points from four games.

Next up for City is a must-win match next Friday night at the Brandywell against Sligo Rovers who prop up the League of Ireland table on just three points.