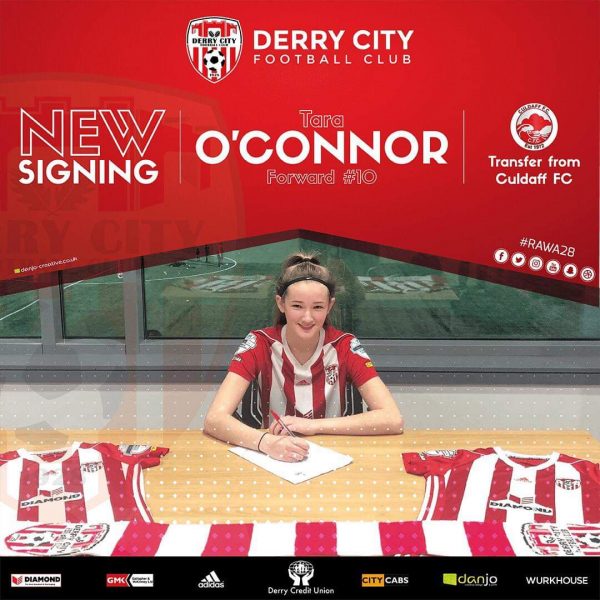 DERRY City FC Women have made two new signings ahead of the start of the new season.

Tara O’Connor has been lighting up the Donegal Women’s Super League and recently bagged herself a hat-trick to put College team Letterkenny Institute of Technology through to the semi-finals of the O’Reagan Cup.

The Malin Head native was most recently with Donegal side Culdaff Football Club.

She signs on with City for the 2020 Women’s Danske Bank Premiership.

Clare Friel guested for Derry City in Foyle Cup Games back in 2017. 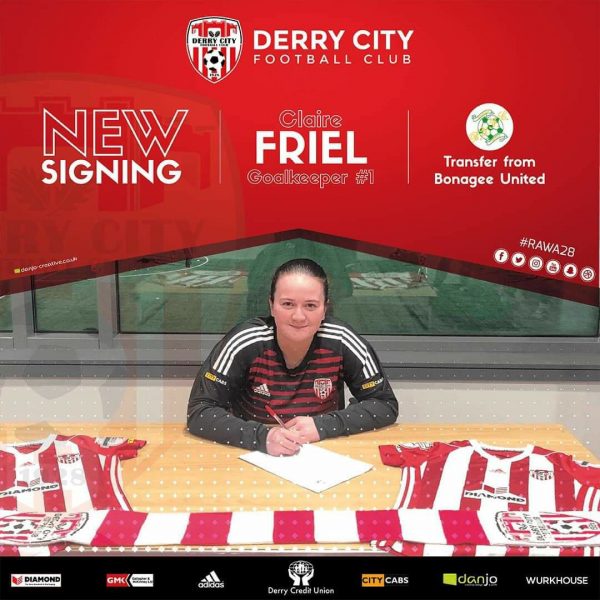 Since then, she has added a Donegal Women’s Super League Winners medal to her name.

The 18-year-old was most recently with Donegal side, Bonagee United.

She too signs on with City for the new season.