Fifty two new lifts have been purchased for MoT centres across the North of Ireland, the infrastructure minister has announced.

It comes after cracks discovered in 52 out of 55 lifts led to thousands of tests being cancelled.

Centres are currently operating at around half the normal capacity.

About 1,500 vehicles are tested every day across NI – around the same number are cancelled.

The cost of buying the new lifts is £1.8 million and will be paid out of Driver & Vehicle Agency (DVA) funds.

The lifts will be supplied by the same company as before – MAHA – and no additional public money will be needed.

The minister, Nichola Mallon, said the quickest way to install the new lifts was to use the existing contract.

An external review has suggested an inadequate inspection regime and metal fatigue led to this situation. 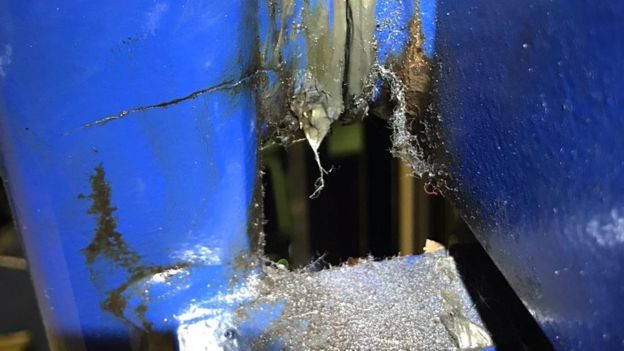 A new layer of independent inspections will be put in place once the new equipment is installed to ensure this does not happen again.

It is hoped the new lifts will start to be phased in around mid-April, with the process completed by mid-July.

In the meantime, advice to consumers remains the same: apply for an MoT test, if its cancelled, a 4-month temporary exemption certificate will be issued.

Priority appointments are being made for four-year-old vehicles, dealerships and taxis.