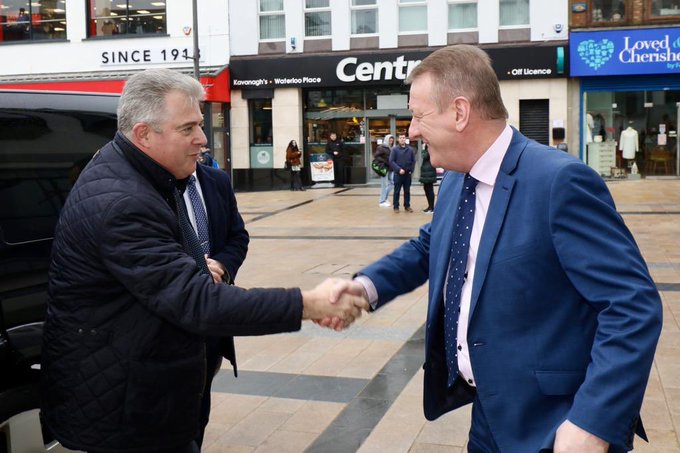 NEW British Secretary of State has declined to say whether prosecutors in the region can be trusted not to take “vexatious” cases against military veterans.

On a visit to Derry today, Brandon Lewis was pressed on the Government’s pledge to legislate to end what it has characterised as unjustified prosecutions of former soldiers.

It comes as the Government faces pressure from backbenchers to halt re-investigations of security force actions during the Troubles, amid claims veterans are being subject to a “witch hunt”.

Over the weekend one retired soldier facing reinvestigation reportedly took his own life.

The Government has faced questions as to why a law is needed to prevent vexatious prosecutions, given there is already a legal framework that governs how prosecutorial decisions are made.

The Public Prosecution Service in Northern Ireland applies tests on evidential threshold and public interest before proceeding with cases.

On his first trip to Derry since replacing the sacked Julian Smith as Secretary of State, Mr Lewis would not be drawn when asked if the Government believed prosecutors could be trusted not to mount vexatious claims.

“Obviously prosecutions are an independent issue for the prosecutors in any given area,” he added.

“We have always said we want to make sure, the Prime Minister has been very clear, that there are no vexatious claims, that’s very different from anything else.

“We’ve been very specific about that. We want to make sure there are no vexatious claims and we will be coming forward with some proposals for that in due course.”

Asked if he believed prosecutors were currently responsible for pursing vexatious claims, he again declined to be drawn.

“We are clear, the Prime Minister is clear – we want to make sure that there are no vexatious claims, that’s what we will be coming forward with proposals on.”

Mr Lewis was asked whether the Government would countenance a form of amnesty for former military personnel.

“I am not going into the detail at the moment, we will come forward as a government with an outline of what we want to do in due course,” he replied.

The Conservative MP said dealing with the legacy of the Troubles was a “key issue”.

“We have seen tragic cases over the years and obviously there has been some publicity over cases just this weekend,” he said.

“We want to make sure that we come up with a system that makes sure that victims are well understood and looked after, as well as make sure there are no vexatious claims, the Prime Minister has been very clear about that, we are determined to deliver on that, we will do that.”

The New Decade, New Approach deal to restore powersharing at Stormont includes a pledge from the Government to implement stalled legacy mechanisms that were first agreed by the UK and Irish governments and the main Northern Ireland parties in 2014. 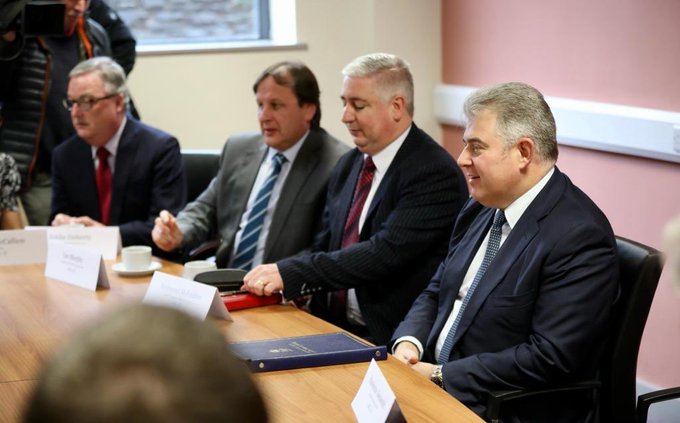 The proposals include a new independent investigations unit to re-examine Troubles killings carried out by paramilitaries and security force members.

Mr Lewis indicated the Government’s delivery on those proposals would come in conjunction with measures to protect veterans from “vexatious” actions.

“We are very clear – we want to make sure that we are delivering on both the New Decade, New Approach agreement and making sure there are no vexatious claims for veterans,” he said.