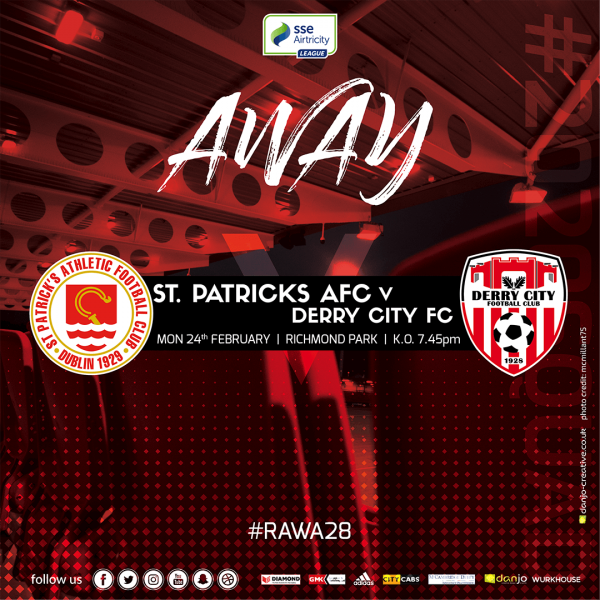 The match has been called off due to a waterlogged pitch at Richmond Park, Dublin.

It will be re-scheduled for a later date.

City had been hoping to secure their first win of the season this evening after a defeat in its first game and a 1-1 home drawn against North West rivals Finn Harps last Friday night.