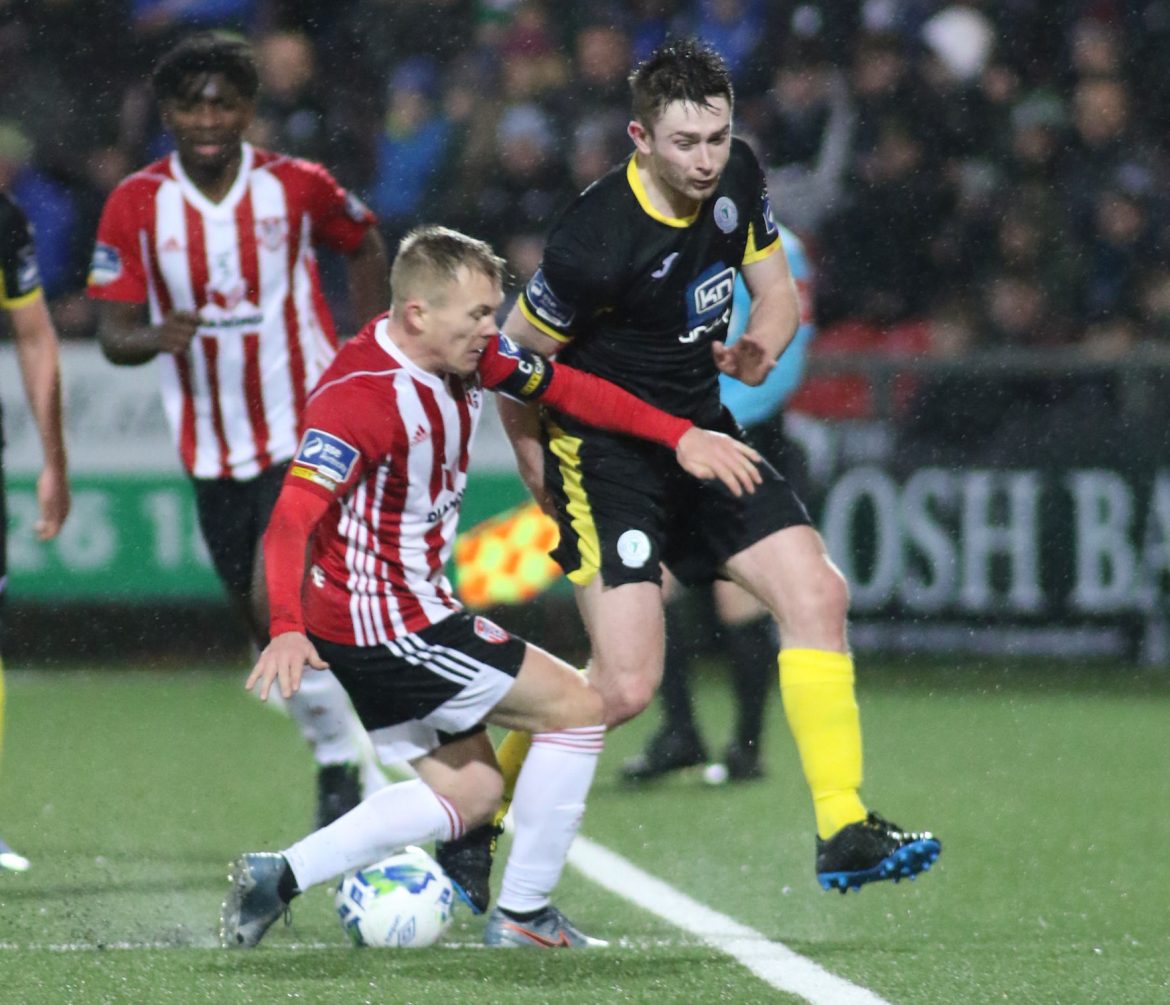 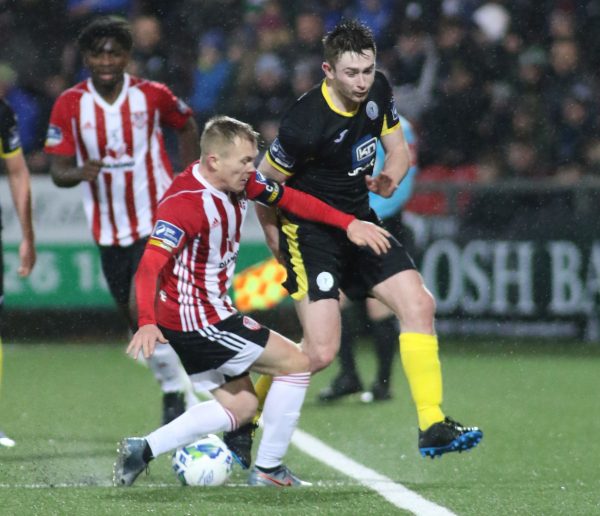 DERRY City are back on their travels tonight, Monday, February 24, with a tough away game against St Patrick’s Athletic at Inchicore (kick off 7.45 pm).

A defeat at Dundalk and a 1-1 draw with Finn Harps leaves Declan Devine’s men searching for their first win of the new season.

But the Derry boss insists that confidence is high in the camp.

After Friday night’s game Devine said the Candystripes “got out of jail” with an injury time winner from Adam Liddle during “horrendous” weather conditions at the Ryan McBride Brandywell Stadium.

“Conditions were horrendous, especially in the second half on Friday night, making it really difficult to play with any tempo,”said Devine.

“We’ve looked at the game, taken the positives and moved on – there’s certainly no panic.

“We have very good players at this club and there will be competition for places all season long. ”

“The lads who came off the bench at the weekend did really well and while we have no injury concerns, given the quick turn around I would expect changes against St Pats.”

Derry produced one of their best displays of the season in the corresponding fixture last season before losing twice to the Dublin side after that.

New manager Stephen O’Donnell has made plenty of personnel changes since then and Devine is aware of the threat they possess.

“Stephen has come in and is stamping his own authority there,” said Devine.

“We know they’ll be a tough nut to crack but we can only focus on ourselves.”

“We totally believe in this group of players so we will go there with the utmost respect for St Pat’s but with our sights set on three points as we do in every game.”

Derry City FC go in search of first win with away game at St Pat’s was last modified: February 24th, 2020 by John