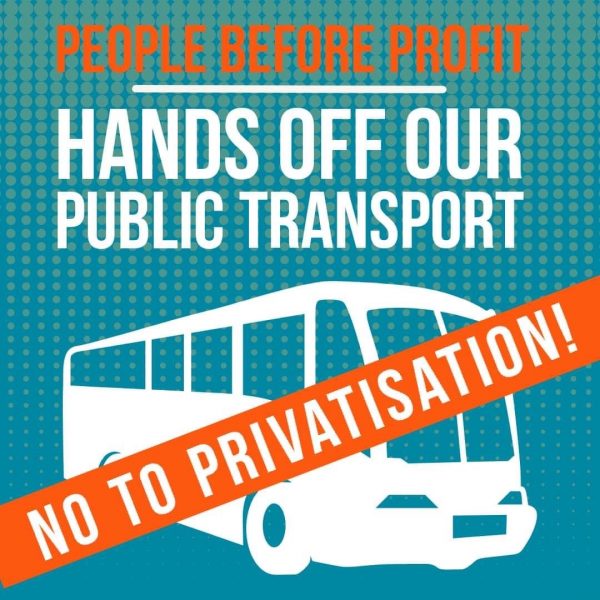 Derry rally to be held to stop privatisation of Translink

THE public are being urged to join the emergency action this Saturday, February 22, at the Waterside Train Station.

The rally is being organised by People Before Profit which says Translink “has been set up to fail so it can be sold off”.

PBP say: “Privatisation always works the same. Under invest, create hostile conditions and then claim only the private sector can save it.

“Translink had exclusivity on many routes and school runs, all this was removed and the market opened to competition.

“Private companies were encouraged to take the bread from their table.

“In a time of environmental crisis we need a well funded nationalised public transport system. Now more than ever.

“Hands off our public transport!

“No to privatisation!” adds PBP.