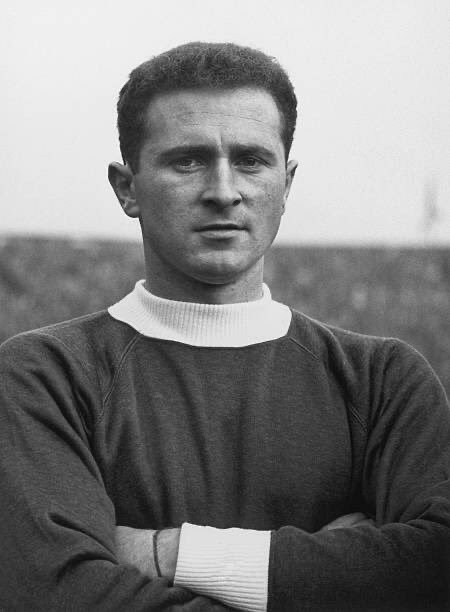 Harry Gregg who passed away in hospital on Monday

DERRY City FC wishes to extend condolences to the family of former Manchester United and Northern Ireland goalkeeper Harry Gregg who passed away on Monday.

City Director Tony O’Doherty got to know Harry very well during his time at Coleraine and said the former International “had a heart of gold”.

“I was very fortunate to have trained at Coleraine as a teenager with three International goalkeepers- Victor Hunter, Iam McFaul and Harry.

“Harry didn’t leave you wondering what he was thinking but he was an incredibly kind human being.

“He would have fought lives aside with you at 4 o’clock and given you the shirt off his back at half past.

“The last time I saw him was at a Testimonial for Victor.

“He wasn’t keeping too well at that stage but he came up to the game, gave me money for the charity and headed on.

“He was a fantastic player and a genuine person who will be very sorely missed.”