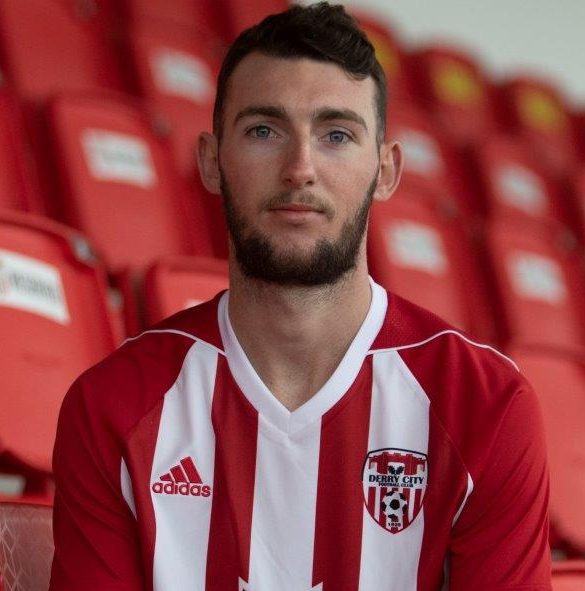 DERRY City were unlucky not to come away with a point from the opening game of the new 2020 SSE Airtricity Premier League at Oriel Park on Friday night.

Dane Massey marked his 200th league start for Dundalk with the winning goal as the champions finally broke Derry City’s resolve and resilience at Oriel Park.

The 31-year-old volleyed home from Jordan Flores’ corner to give Vinny Perth’s side their first opening-day win since beating Shamrock Rovers in 2017.

Few could argue that the title holders deserved the breakthrough after penning the visitors into their half for long periods of the game.

Having had three penalty appeals turned down and been thwarted by both the woodwork and their former goalkeeper Peter Cherrie, Dundalk showed just why they are title favourites once again by coming up with another trademark late winner to leave Derry’s winless run at Oriel Park at 14 matches, stretching back to when they won 3-1 back in April 2013.

The visitors started on the front foot with Lilywhites centre-halves Andy Boyle and Daniel Cleary being called into action to block efforts from debutants Danny Lupano and Tim Nilsen.

Jamie McDonagh also tested Gary Rogers with a free kick before firing into the side-netting on 25 minutes.

The champions grew into the game more and more as the half progressed and should have taken the lead on 33 minutes when good work on the left by Derry native Michael Duffy saw him cross for Sean Gannon, who lost his footing at the crucial moment at the back post with a large portion of the goal gaping.

The Louth men went even closer two minutes later when Duffy’s corner picked out the unmarked Patrick Hoban only for his close-range header to spin up off the back of Nilsen and over the crossbar.

The Candystripes then had another let-off two minutes before the break when Daniel Cleary’s cross was flicked on by Hoban into the path of debutant Cammy Smith, who lifted the ball over Peter Cherrie only for Ciaran Coll to head off the line.

Dundalk continued to press on the restart with Daniel Kelly hitting the stanchion behind the goal on 48 minutes after Massey’s cross had been headed clear to him on the edge of the box by Ally Gilchrist.

Kelly then went even closer three minutes later when he rattled the crossbar with a fierce left-footed shot after another header clear fell to him just outside the box.

Declan Devine’s side then almost took the lead against the run of play on 54 minutes when McDonagh picked out the unmarked Nilsen at the back post but Rogers did well to keep it out at the second attempt. 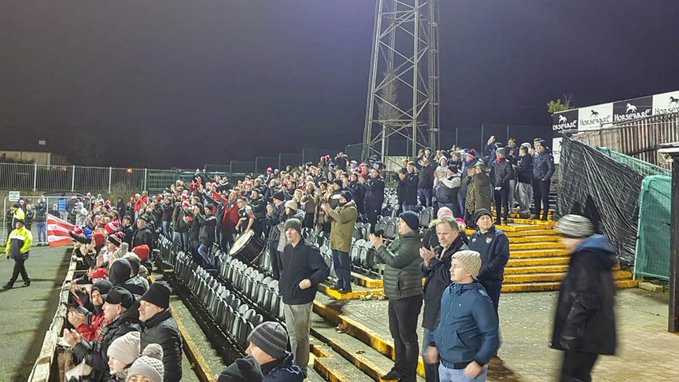 Dundalk pressed again two minutes later with Cherrie punching clear only as far as Cleary, whose low volley was blocked en route to goal. The rebound fell to Hoban but he too was denied at close range before Cherrie came to the rescue again on 59 minutes to turn a spectacular effort from Smith over the crossbar.

After Duffy had gone close on a couple of further occasions, the breakthrough finally arrived on 79 minutes when Massey swept home Flores’ corner.

Derry should have levelled three minutes later, however, when Nilsen drilled a cross into the path of substitute Adam Liddle. But with the goal at his mercy, the on-loan Reading player could only send it back in the direction it came from.

There was an even later chance in the 95th minute when a free-kick broke to Nilsen but he failed to get any real purchase on it as Rogers smothered to save, Dundalk holding on to make a rare winning start – just their third since Perth arrived at the club alongside Stephen Kenny in 2013.

Derry City will he hoping to get a few points on the board next Friday, February 21, when they face North West rivals Finn Harps at the Ryan McBride Brandywell Stadium. 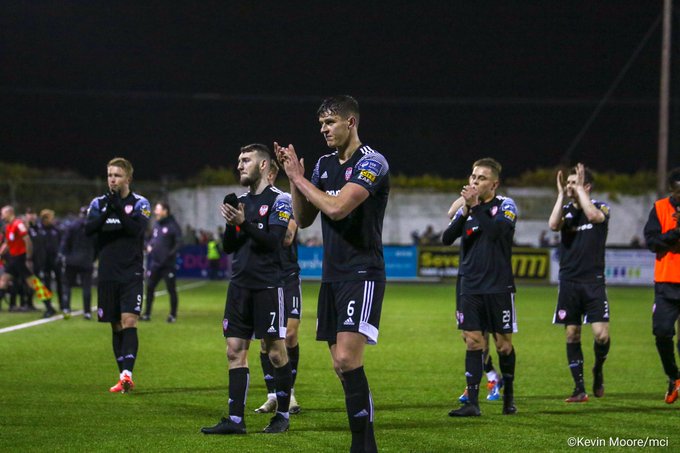