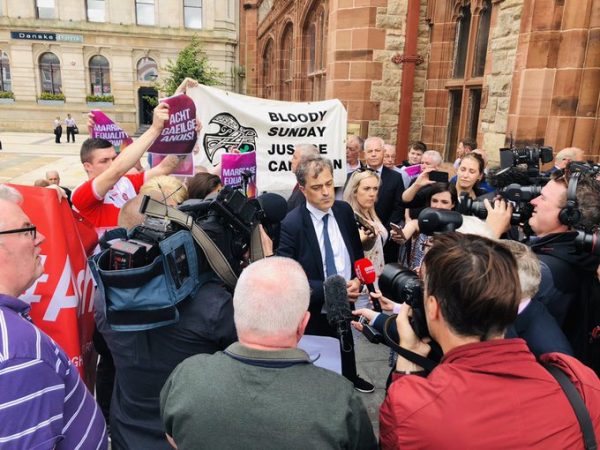 SDLP Leader Colum Eastwood has described Boris Johnson’s decision to sack Secretary of State Julian Smith as a ‘strategic error’ after the restoration of power sharing.

The Foyle MP said that while he has differences with Smith, the Secretary of State has demonstrated a willingness to do business with all parties that was critical to the successful restoration of government.

He said: “It defies belief that after the successful restoration of power sharing following a three-year collapse, Julian Smith’s reward is a cabinet office P45.

“It tells you all you need to know about Boris Johnson’s attitude to the North that he would sack the most successful Secretary of State in a decade. He is at best indifferent.

“I want to place on record my sincere thanks to Julian for the work he’s done over the last few months. His change in approach was central to breaking the logjam at Stormont.

“I found him to be a Secretary of State genuinely committed to acting in the interests of devolution rather than imposing a cabinet agenda on this place.

“And I remain grateful for the work he undertook with me to secure additional resource for university expansion in Derry.

“The next Secretary of State must be committed to the substance of Julian Smith’s commitments to the North and should learn a lot from his style of engagement.”