A FORMER British soldier has started a legal challenge against a decision to prosecute him for the murder of a teenage boy in Derry more than 47 years ago.

Daniel Hegarty, 15, was killed in a British Army operation in Creggan in July 1972.

In April 2019, the Public Prosecution Service (PPS) announced the veteran, who cannot be identified, is to be charged with the teenager’s murder.

He also faces a charge of wounding the teenager’s cousin, Christopher Hegarty.

The BBC reports that lawyers for the Army veteran, known as Soldier B, are seeking to judicially review those decisions at the High Court in Belfast.

Counsel for the ex-serviceman claimed that prosecutors failed to properly consider his health in reaching the decision to charge him over Daniel Hegarty’s killing.

The lawyer argued the decision to prosecute breaches his human rights.

Soldier B’s identity or whereabouts cannot be revealed due to reporting restrictions.

The ban also prevents precise details of the legal arguments made on his behalf being disclosed.

In 2011, an inquest jury found Daniel Hegarty posed no risk and was shot without warning as the Army moved in to clear “no-go” areas during Operation Motorman.

A decision was taken not to prosecute Soldier B in 2016. 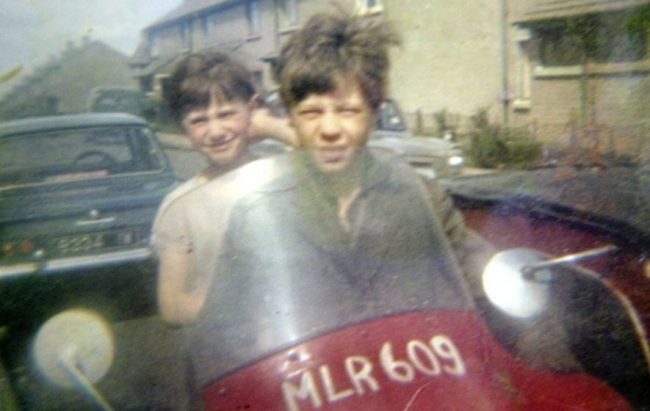 Daniel Hegarty with his sister Kathleen in Creggan

The High Court quashed that determination after legal action by the Hegarty family in May 2018.

The current director of Public Prosecutions for Northern Ireland, Stephen Herron, carried out a review of the case before announcing charges are to be brought.

His decision is now being challenged by Soldier B on a number of grounds, including irrationality and an alleged failure to take proper account of the evidence.