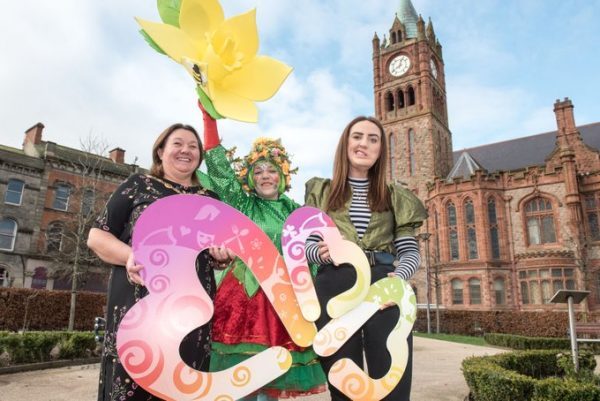 A spectacular rainbow of dancers and performers will weave their way around the city centre parade route this St Patrick’s Day as part of Derry City and Strabane District Council’s 2020 Spring Carnival celebrations.

The ‘Rebirth and Renewal’ themed street performance will celebrate the return of brighter colours to our landscape and is the centre piece event of the celebrations which were launched this week by Mayor of Derry City and Strabane District Council, Councillor Michaela Boyle.

Other highlights include the return of the Ubuntu Global Festival of World Traditions, live music stages in The Guildhall Main Hall and Square and the best of local produce in the Food Village.

Speaking at this week’s launch in Guildhall Square, Mayor Boyle encouraged people to come onto the streets and get involved in the celebrations.

“I am delighted and excited to launch the action packed Spring Carnival programme for 2020 and I am looking forward to sampling the sights and sounds around the City and District to celebrate St Patrick’s Day,” she said.

“The colourful Rebirth and Renewal parade through the city is always a fantastic spectacle with hundreds of local performers bringing the streets to life with music, dance and spectacular costumes.

“The Festival and Events Team at Council, in partnership with the North West Carnival Initiative and local community groups, have developed a packed programme of events and I would encourage the public to familiarise themselves with the programme on Council’s website and plan a weekend to remember.”

In Your Space Circus will bring colour and animation to the festival with a variety of installations and characters including their show ‘Springtime’, a spectacular visual comedy with performers suspended on springs and a solo aerial performance ‘The Phoenix Rises’.

The Ubuntu Global Festival will be hosted at the Guildhall, Tower Museum and the Craft Village and will be a celebration of diversity and inclusion through traditional music, song, dance and workshops from around the world. 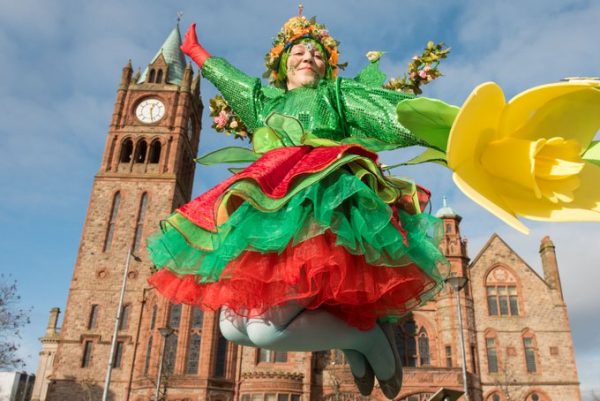 The festival is supported by the Good Relations Team in Derry City and Strabane District Council which is funded by The Executive Office (TEO) and Council’s Good Relations Programme.

Other highlights include an explosive dance routine in Waterloo Place from the Afrikan Warriors, a family fun day at An Cultúrlann Uí Chanáin, Arts and Crafts in the Central Library and traditional Irish Music and Dance in Foyleside Shopping Centre.

Full details of the Spring Carnival are available at www.derrystrabane.com/springcarnival

Rainbow of colour to weave through city centre at 2020 Spring Carnival parade was last modified: February 8th, 2020 by John