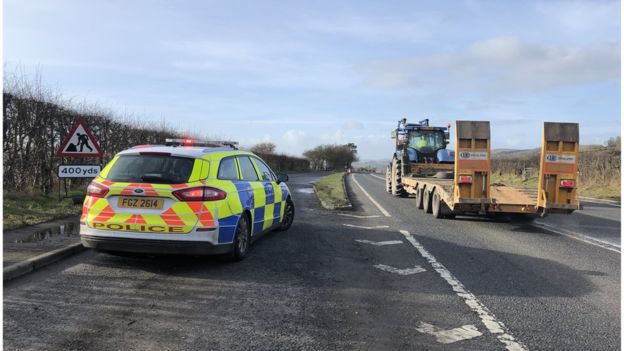 Updated news: Suspect bailed after man found critically ill on side of road

POLICE say a man, aged in his thirties, arrested on suspicion of grievous bodily harm with intent has been released on bail, pending further enquiries.

The arrest followed the report of concern for the safety of an injured man in the Foreglen Road area of Claudy yesterday evening, Monday, February.

The man, aged in his forties, remains in hospital.

He is now said to be in a stable condition.

Updated news: Suspect bailed after man found critically ill on side of road was last modified: February 5th, 2020 by John